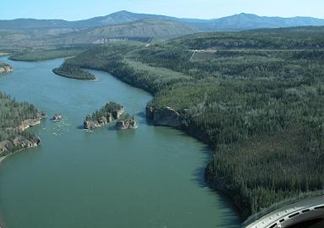 Following a public outcry, the government of Canada’s Yukon territory has announced that it will not pursue oil and gas exploration work in its Whitehorse Trough area. A tract of land that extends from Carcross to Carmacks in the south Yukon, the Whitehorse trough is thought to contain natural gas and oil reserves.
Oil companies expressed interest in development in the area and Energy Minister, Brad Cathers put the proposal out for public consultation. The proposal was met with much public opposition, which was a major factor in the decision to prevent moving ahead with exploration and granting development rights in any of the 12 requested areas.
Cathers said that though work will continue to review oil and gas regulations, no approvals would be made during his government’s five year mandate. It is unknown which companies expressed interest in the area.
ADVANCED SEARCH