When it comes to selecting the appropriate sealing technology for valves, a number of different areas need to be evaluated. The type of valve is important but the expectation for sealing performance is also significant. The medium being sealed, pressures and temperatures, and external influences on the valve are all essential factors to consider when choosing the sealing technology. The following is a brief overview of some of the areas to review prior to selection of an optimized sealing elemen

Globe valves often use a rising and rotating linear motion, which is the most difficult motion to seal because there is movement in two simultaneous directions. This rising and rotating motion is a difficult motion to seal as it subjects the packing set to all surfaces of the valve stem. Any stem runout, or out of roundness, will tend to open the sealing element and create leakage. The linear motion can drag particulate in fluid through the sealing set, similar to the gate valve.
Ball valves, butterfly valves, and plug valves are common ¼ turn valve types. These valves open and close with a rotating action between the stem and sealing element with ninety degrees of motion. This stem sealing motion is the easiest to seal as it is small compared to other valve types. No particulate is dragged through the sealing element such as with linear valves.  Stem runout can be a concern and some designs can be sensitive to actuator misalignment which will induce lower stem sealing performance.

Quarter-turn valves tend to have a wide variety of physical stuffing box configurations which often constrain the sealing element choice. Shallow stuffing boxes are common, which can pose issues when seeking tight sealing performance and working with high pressures.

Control valves are often the most difficult stem sealing application due the combination of high cycle counts along with low stem sealing force requirements. It is not unusual to evaluate a control valve’s sealing performance with 100,000 stem cycles, compared to 1500 for other valves. A high amount of cycles creates more wear on the sealing element which can reduce sealing performance over time. The sealing force used on a control valve is typically less than on a manual valve as the stem needs to have low friction from the sealing element to optimize the valve’s performance for flow control. If the stem friction from the sealing element is too high, the valve can suffer from hysteresis or hunting, which will cause excessive stem motion and poor flow control.

Valve size is also an area to review for sealing element optimization. Small valves can pose some issues due to the small cross-section between the valve stem and stuffing box inside diameter. Smaller is not necessarily better as it limits the choice of sealing selection. A common cross-section in small valves is .125”, which is quite small to fit robust and technically innovative sealing elements.

Conversely, large valves can also cause issues. Their physical size can create excessive loading on the stem and packing set. When these large-sized valves vibrate, the forces created can be quite great for a standard sealing element. Large valves often have big temperature differences across their geometry which can cause dimensional distortion.
The optimal stuffing box for most valve types is between three to five stuffing box cross-sections in height. ¼-turn valves with lower sealing requirements can effectively seal even with reduced stuffing box heights. Stuffing boxes that are too deep can suffer from sealing element consolidation, leading to loss of sealing force and leakage. Another undesirable effect of deep stuffing boxes is higher stem friction, which can be a concern for some applications.

Valve orientation and location can be an important factor affecting sealing performance. Valves mounted horizontally can create excessive side loading on a valve when compared to vertically mounted valves. Some valves are mounted on piping systems or decks that vibrate constantly, and these valves can often benefit from providing additional stem support. Some valves are located near very hot processes and heat radiation negatively impacts their sealing performance.

As fluid is sealed across a sealing element, there can be a pressure drop and a corresponding phase change of the fluid. The sealing element needs to be robust enough to withstand the forces of the phase change as fluid expands at a rapid rate. Low durometer O-rings, for instance, are sometimes susceptible to damage in this type of fluid, especially in small molecular-sized fluids.

Fluid temperature is an important requirement to consider. For temperatures below 550°F, polymers such as PTFE and aramids are used. O-ring seals are also common below 400°F, for lighter duty applications. On high temperature fluids above 550°F, carbon graphite seals are very common. The disadvantage of carbon graphite at lower temperatures is that it can require higher sealing forces, cause greater stem friction, and sustain lower cyclic loading compared to other alternatives.

Low temperature, cryogenic services limit the materials that are able to be used for sealing elements due to increased brittleness and lower strengths. With liquid oxygen, it is common to have BAM-type certification requirements which identify cleanliness requirements in the sealing element.

Higher pressures are much more difficult to seal compared to lower pressures. Bernoulli has indicated that the flow rates change proportionally to the pressure change squared, so it is easy to understand that a 1500 lb. pressure class valve is more difficult to seal than a 150 lb. class valve. Sealing loads increase and it is important to match the load, sealing element design, and leakage requirements for high pressure applications.

Some valves can shake a building when they open and close, others actuate over a million times per year while some are rarely used.  The quantity of cycles is important to review but the length of cycles is  also important. Control valves can have very short cycles while large motor operated valves can have long cycles and frequently actuate. Valves that operate at steady-state temperatures are easier to seal than ones with changes in temperature. This can be process fluid induced, but excessively cold or hot environments can also cause concerns.

The most important item to review is the requirement for sealing performance. Many industries, primarily water-based industries, can allow some visible leakage. This leakage carries some particulate, which can accumulate and seal up leaks. This is an acceptable condition and low leak  is therefore not critical. In other industries, visible leakage is a concern but checking for invisible leakage beyond olfactory methods is not practiced. The requirements for sealing fugitive emissions are often greater, as the sealing element leakage is often tested and/or monitored. This leakage type is commonly invisible and is measured in parts per million (PPM), which has become increasingly stringent. Some fluids are extremely hazardous, such as carcinogenic, or even lethal in small amounts. Extra precaution and back-up systems are used, and dual sealing systems with a leak-off port between the two systems for monitoring are used. Bellows valves with a back up sealing element can also used for these fluids.

These areas can be reviewed quickly to isolate the variables associated with a particular valve application and begin to review suitable sealing technology options. Historical experience is always a great reference source; however, when new needs are required for extended life, increased repeatability, or more stringent sealing is needed, a thorough review of these parameters will assist in determining the areas to focus on for sealing element and valve type selection. Reviewing these areas will foster an informed decision-making process. 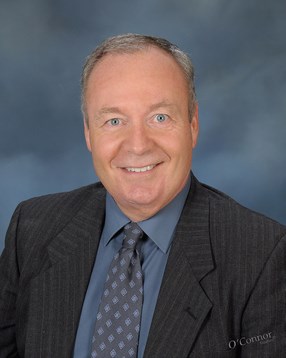 Scott Boyson has over 30 years of experience in valve and pump sealing including in design, product development and equipment

reliability programs. He began his career as a Design Engineer and has helped develop technologies that have become standard in the industry today. He has been involved in numerous low emission projects with valve manufacturers and end-users. As a consultant, Scott shares his insights about the progressive nature of sealing technology.