Pumping systems in all industries are adapting to changing regulations with manufacturers, integrators and end users must comply. Industry professionals have seen these new regulations as an opportunity to push the efficiency of products well beyond the standard minimum compliance. Ever increasing focus is placed on optimizing pumping systems to reduce the total cost of ownership over the equipment’s useful lifespan.

By Nicole George, Product Manager, Pumping Variable Frequency Drives, Eaton
In 2014, the state of California, USA, enacted the Sustainable Groundwater Management Act (SGMA) to better manage groundwater supplies over a long period of time, emphasizing that groundwater is best suited to be managed at the local level. Starting in 2020, local water municipalities require accurate flow measurement and reporting.
Early in 2016, the U.S. Department of Energy (DOE) released its commercial and industrial clean water pump (CIP) Energy Conservation Standard and Test Procedure for Pumps, essentially requiring that by the end of 2020, pumps that are sold into the market will need to be redesigned or reconfigured to meet new efficiency standards.
While these regulations are pushing equipment manufacturers and system integrators to innovate and deliver solutions with modern technology, they are also challenging the industry to think more strategically about pump system optimization and the various benefits it yields.
How Does Pump System Optimization Fit Into These Industry Changes?

Pump system optimization assesses all components that make up a pumping system to reduce waste and increase efficiency. It is the process of identifying, understanding, and cost effectively eliminating unnecessary losses while reducing energy consumption and improving reliability in pumping systems.
When referring to the pumping system, the entire system includes the pump, motor and associated controls; when looking at the overall efficiency of a system, it is critical to consider each energy component along the way. 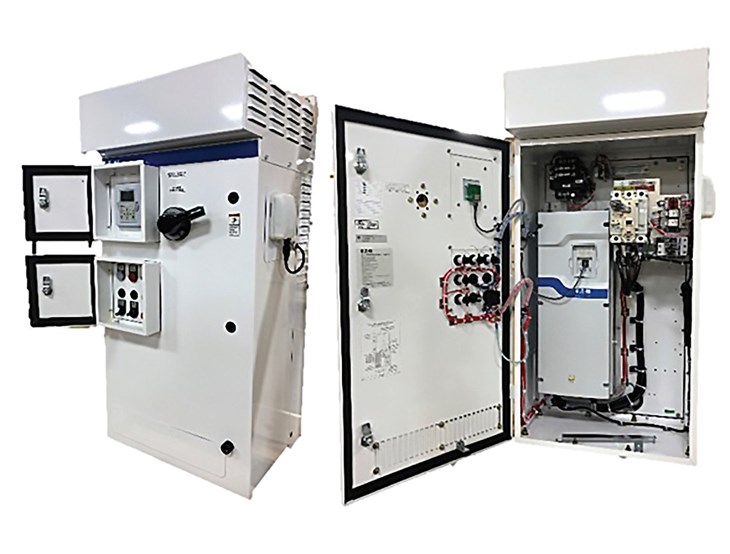 Optimizing any of the individual components (component optimization) may improve overall efficiency, or it may reduce it, because it could cause one or the other component to operate in a less efficient mode. Therefore, any effort toward reducing energy consumption and cost has to take the entire system into consideration. System optimization involves looking at how the sub-systems function together and how changing one facet can contribute to increasing overall system efficiency.
Factors besides efficiency, such as reliability and uptime, also need to be considered. In many industrial applications, reliability and productivity are more important considerations than efficiency.
Using Variable Frequency Drives to Optimize Pumping Systems

Variable frequency drives (VFDs) are a type of motor starter that adjusts the frequency of the electric motor, ultimately controlling the speed of the pump. Using a VFD to start and control the pump has greater flexibility in automation, process control and energy savings that other types of motor starters.
Efficiency improvements resulting from use of VFDs in pumping systems have many manifestations; one of the most commonly noted benefits is energy savings. Using the onboard VFD programming logic to optimize the pump system reduces energy consumption by dynamically meeting the demands of the pump. Following the affinity laws, reducing the speed (RPM) of the motor by half decreases the power consumption by 87.5%.
Another efficiency benefit can be realized when using the VFD to automatically adjust the motor speed to operate within the calculated best efficiency point (BEP) of the pump. Some drives have the ability to use the onboard intelligence to calculate the best efficiency point of the pump based on user-defined points from the published pump curve. Knowing this BEP, the onboard VFD programmable logic can take action to stay within a defined range of the BEP, to ensure that the system is always operating at its peak efficiency.
Sensorless pump optimization uses the electrical operating data within the VFD to estimate the flow rate and head pressure, thus identifying where the pump is currently operating on the pump curve. To achieve this, the user inputs data points into the VFD from the published operating pump curve from the manufacturer during start up and commissioning. Leveraging sensorless pump optimization can eliminate external sensors, ultimately reducing the total cost of ownership.
Specifying New Pumping Systems

For new installations or applications of pumping systems, there are several considerations when designing and specifying the system-level components. Taking advantage of available technologies in motor control optimization can yield operational benefits through increased performance as well as financial benefits in a shortened payback period to recover the capital cost of equipment.
Analyzing Existing Pumping Systems

When retrofitting or upgrading an existing pumping system, end users must examine energy costs to set a baseline for payback. If possible, run a current-state analysis to determine total system efficiency and factors contributing to efficiency improvements or degradation. Examine the current state process map and understand where process steps can be automated for increased efficiency. Often, using a VFD can automate portions of the process through the VFD’s onboard programmable logic controller. Replacing the existing electric motor starter with a VFD capable of sensorless pump control can maximize efficiency results with a single piece of hardware.
End users can calculate a payback using the unit price of energy and total energy consumed over normal operating conditions during a billing period. Industrial end users can save close to 80% in energy costs when using a VFD by running the motor at half speed compared to running the motor at full speed. Using the VFD onboard energy savings algorithm can save an additional 5% in energy costs.
Final Thoughts

Overall efficiency of a system must be taken into consideration to achieve optimum energy savings, reliability and sustainability. While improvements will be realized when upgrading individual components, these efforts should be part of a larger scope to improve overall efficiency. The importance of evaluating the total system is taking into consideration how the subsystems function together and contribute to increasing overall system efficiency. Using a VFD to start and control the pump has greater flexibility in automation, process control and ultimately lead to substantial energy savings and maximum return on investment.