Procuring valves individually in one-off contracts is a repetitive task; and one that the procurement and related engineering support team can become quite good at it. However, is this the best use of such resources? One of the ways to alleviate the burden of procurement is the establishment of framework agreements.

By understanding the processes and function of a procurement strategy it becomes easy to see why it could be the better option for obtaining valves.
Definition of Framework Agreement The definition of a Framework Agreement (FA), varies substantially according to the type of industry using it. Most commonly, it is established as an “Umbrella” arrangement, and its purpose is to set some broad terms for the future supply of goods or services during a given period. An FA does not necessarily imply that any goods or services will be ordered. Rather, individual contracts containing purchase orders will be made in accordance with the rules defined in the FA. The goal of the FA is to establish a long-term relationship with one or more partners in order to secure a minimum set of conditions for the supply. In this capacity, the FA has no desire to define all the details since demand in uncertain. There is often a fine balance to be reached between the partners in order to establish a minimum workable scope.
The graph presented in Figure 1 shows the relation between cost and definition (level of detail in quantity, delivery time and specification). The more open the FA is, the more uncertainty the supplier needs to incorporate in its price, so the cost is high. If all the details are set, then the FA is basically a purchase in bulk, and in this case the cost is high because you are spending money on goods that you are not sure will be needed. For each industry, there is a compromise point where buyer and supplier should meet.
There are several ways of reaching the mid-point. For example, setting different FAs with more than one supplier of the same product gives the buyer a better chance of receiving it in a reasonable timeframe, even if the delivery time is left open. As the raw materials used in the goods may fluctuate wildly during the FA, a common countermeasure is to not to define price in advance. Instead a pricing structure (a formula defining the price during the period of the framework) is established. This way, the supplier will not risk losing money by setting the price too low or losing the client by setting it too high. 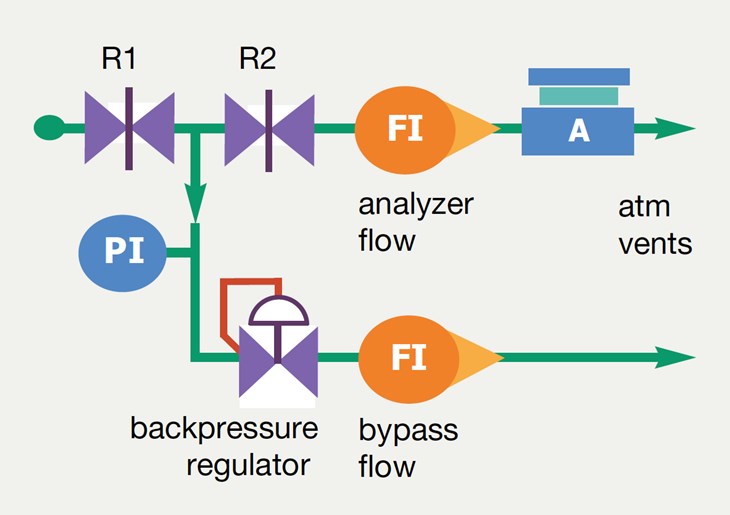 Below is a summary of the advantages of establishing framework agreements:
• Cost savings in time and procurement resources are achieved by allowing a simplified buying process;
• For large companies: the framework helps the buyer avoid the risk of emitting two orders for the same demand, as the orders should be now centralized in the FA;
• For a future project which has not fully specified a product: the framework may secure a pricing structure while postponing the final specification to the individual contract phase.
As for disadvantages, there is the risk of spending time and resources and not reaching suitable conditions for both supplier and buyer.
Due to a lack of proper understanding, the conditions may be met only on paper, giving place to strenuous arguing once the phase of individual contracts begin. Even when conditions are met and there is proper understanding, individual contracts with suppliers outside the FA may be necessary due to time or cost constraints; time and monetary constraints greatly undermine an FA strategy in the eyes of higher management. There is also the risk for professionals involved in the FA about how the market will absorb such arrangements. When large companies establish FAs with two or three suppliers, the volume of business taken from the market as a whole may result in an undesirable reduction in competition.
A typical Framework Agreement includes provisions for the following items:
• Scope: description of the arrangement and what it accomplishes. It must be clear whether the buyer will be obliged to make a minimum purchase during the FA period.
• Duration of the FA.
• Exceptions: when the buyer is allowed to procure goods included in the FA with other suppliers.
• Procedures regarding how the individual contracts will be dealt with.
• Pricing structure and delivery times.
• Standards, design codes, specifications, additional requirements, inspections and shipping procedures.
• If possible, estimates of the volume of goods to be provided. 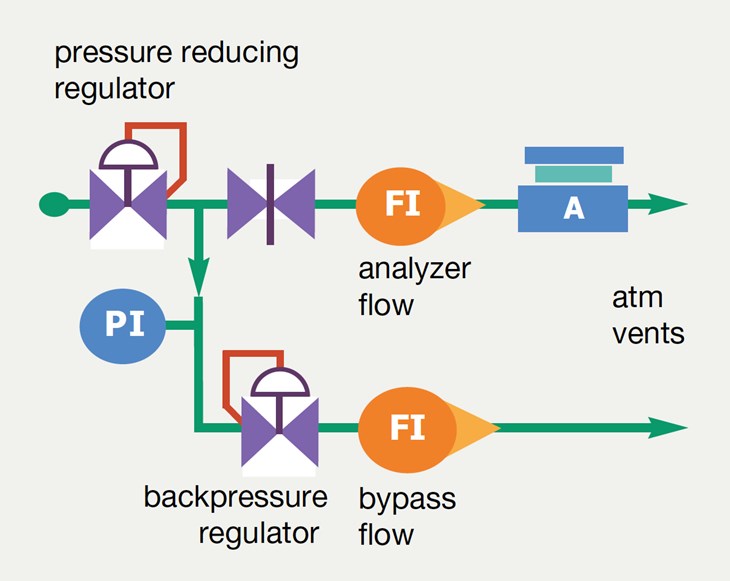 Framework Agreement for Valves
Valves are a particularly well suited application to be considered in a Frame Agreement. Valves are a complex equipment which often require both specific design codes and a number of additional requirements. The amount additional requirements can sometimes resemble a little book, with chapters for design, materials, painting, etc. A supplier in an AML (Approved Manufacturer List) may be familiar with the whole content, but a supplier in an FA is much more inclined to dedicate the adequate resources to the proper understanding of the complete specification.
Valves with many different specifications are procured in large numbers for new projects and turnarounds. In some cases, the final quantity of the valves fluctuates due to last minute modifications or cancelled tasks. Based on the level of uncertainty associated with the procurement of valve, in terms of flexible quantities, FAs are a smart choice.
It is also important to consider how a valve manufacturer treats a Request For Quotation (RFQ) when contemplating an FA. A seller will take the specifications they receive to the supplier engineering team, who have the tasks of reading, understanding, proposing any technical deviations, estimating the cost of any necessary outsourcing and providing overall cost and fabrication time. With this information, the seller goes to the production meeting. All the sellers, along with management and engineering departments, take part in this meeting, which decides the production schedule and considers elements such as the complexity of the RFQs, how they can be fit into the upcoming time slots, and what extra shifts may be employed. In this meeting, every seller presents his/her RFQs. For the ones deemed most profitable, a negotiating price will be decided, along with an estimate for the delivery time.
In short, a manufacturer spends a considerable amount of resources (read: money) to produce a quote. As considerable time and effort is put into this process, the manufacturer tends to produce quotes for the RFQs that will most likely become purchase orders. As an FA is typically run by a centralized unit which aggregates orders, the related RFQs tend to involve large numbers of valves (which improves the odds of the supplier producing a quote).
As the supplier is considered a preferable supplier, when working with FAs, RFQs will be sent to the suppliers who are part of an FA for consideration first. Only after the possibilities of purchasing with the FA suppliers are explored is the buyer is allowed to send the RFQs to other suppliers. This privilege is another incentive for the supplier to give special attention for RFQs under an FA.
Table 1 presents a comparison between a typical valve procurement and the process under an FA. There are two major differences. First, as the specifications were thoroughly discussed before (and any deviation agreed), there are no doubts to be clarified and the engineering team is not repeatedly called to evaluate proposals when there is an FA. Second, the negotiation phase in the FA case tends to be faster, as the conditions and price structure was previously defined. 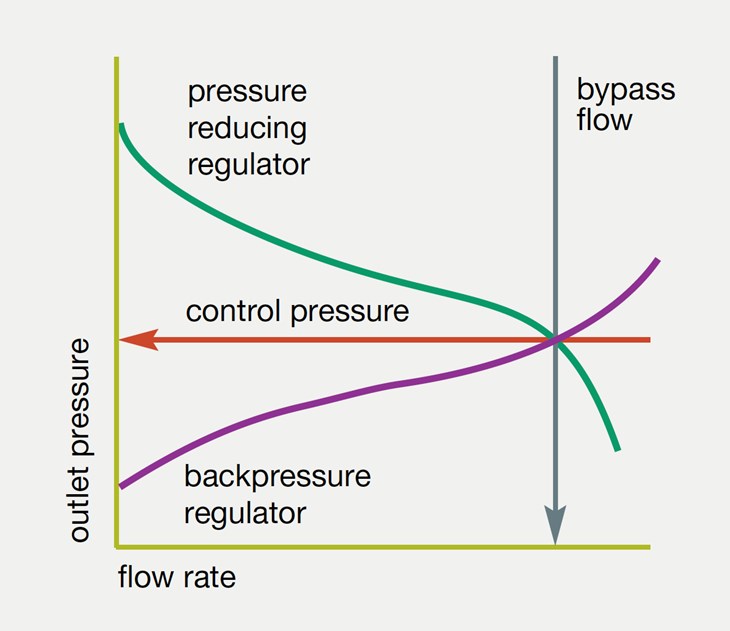 Final Thoughts
Unfortunately, to be able to profit from the benefits offered by an FA, a business has to invest considerable time and resources in seeking and establishing the FA. The first, and perhaps most important, step is to contact the suppliers in the AML and present a general draft of the agreement. Many meetings may be required, involving personnel from procurement, legal and engineering teams. As in any other kind of business negotiation, trust is fundamental for success. Implicit in a framework agreement is the intention of creating long-term relationships with preferred suppliers. After signing the FA, one step that must not be overlooked is the communication of the existence of the FA to all the branches and departments deemed possible users of the FA. It is also a good practice to establish some sort of blocking mechanism for ordering valves outside the FA. This can only be done with written justification and subsequent authorization from the management. It is not in the best interest of the buyer have orders placed outside of the established FA.