The answer to what constitutes a double block and bleed arrangement depends on whom you ask. Are we talking about a safety concern regarding maintenance in a pressurized pipeline? Or are we talking about how the valve’s seats behave under pressure?

When selecting valves for an application, this distinction must be clear for everyone involved. If not, consequences may vary from performance issues all the way to accidents.
By Sarah Bradley — KCI Corp. and Engin Gulgun & Robert Dinger, International Standard Valve (ISV)
API versus OSHA

The term “Double-Block-and-Bleed” may sound straightforward enough – two barriers and a bleed to confirm absence of leakage – but it only makes real sense when related to a specific standard or regulation.
OSHA – Occupational Safety and Health Administration – is an agency in the United States government responsible for setting and enforcing standards about workplace safety. For OSHA, double-block-and-bleed means “the closure of a line, duct, or pipe by closing and locking or tagging two inline valves and by opening and locking or tagging a drain or vent valve in the line between the two closed valves.” That is, this definition is clearly concerned with control of hazardous energies. For OSHA, double-block-and-bleed is a system: two independent valves installed in series with a third valve providing a means to bleed or vent the fluid in the piping. For works about to break a line for maintenance, this system allows them to safely check if pressure is contained and the job may proceed. API, the American Petroleum Institute, has a different definition for double-block-and-bleed. Now we are not talking about a system of valves, but isolation characteristics for a single valve. In its standard API 6D (Specification for Pipeline and Piping Valves), there are three important definitions regarding double block: DBB (double-block-and-bleed), DIB-1 (Double-Isolation-and-Bleed type 1), and DIB-2 (Double-Isolation-and-Bleed type 2). However, in order to understand these API definitions, we need first to understand piston effect for seats. 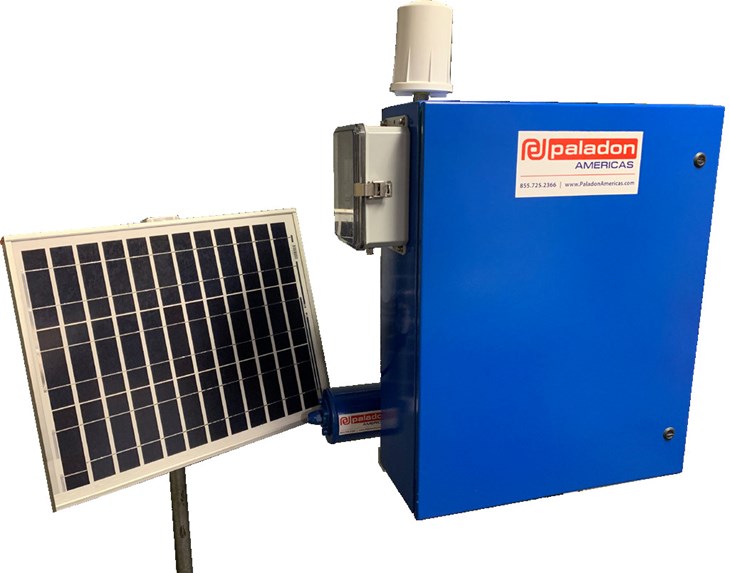 Uni-directional valve seats or Single Piston Effect (SPE) seats are self-relieving seats which provide sealing if the upstream pressure is greater than the cavity pressure, but will leak if the cavity pressure is greater than the upstream pressure.
Bi-directional valve seats or Double Piston Effect (DPE) seats will provide sealing regardless of whether the cavity or upstream pressure is higher. A DIB valve utilizes one or two bidirectional seats. The valve provides double isolation from pressure at both ends of the valve, but requires an external relief system to relieve pressure.
A trunnion ball valve has two seats, one upstream and one downstream, and they may be combined in three different arrangements:
1. Two SPE’s seats
2. Two DPE’s seats
3. One SPE seat and One DPE seat
Each of these arrangements is classified by API with a different name: Double-block-and-bleed (DBB), Double-Isolation-and-Bleed type 1 (DIB-1), and Double-Isolation-and-Bleed type 2 (DIB-2), respectively.
Double-Block-and-Bleed (DBB)
According to the API 6D definition, Section 3.1.10 defines a double-block-and-bleed valve as a: “Single valve with two sealing surfaces that, in the closed position, provides a seal against pressures from both ends of the valve with a means of venting/bleeding the cavity between the seats.”
To achieve this, the valve is equipped with two SPE seats, as we have seen.
The double-block-and-bleed design is the most commonly used for trunnion ball valves, responsible for around 85% of global oil and gas applications. It is a compact, low-weight valve that provides reliable isolation in critical areas, reducing piping requirements. To summarize, a DBB is a valve that seals from either direction with a bleed between the two, if the first seal leaks, the second will not seal in same direction and it does not require an external mechanism to relieve pressure. A DBB valve implies double security, providing security in two different directions, each with a separate seal. When a DBB valve is in use and the first seal leaks, the second seal will not seal in that same direction.
Double-Isolation-and-Bleed (DIB)
The API 6D definition Section 3.1.11 defines a double-isolation-and-bleed valve as a: “Single valve with two seating surfaces, each of which, in the closed position, provides a seal against pressure from a single source, with a means of venting/bleeding the cavity between the sealing surfaces. This feature can be provided in one direction or in both directions.”
In API’s DBB and DIB definitions the difference is that a double-block-and-bleed valve seals against pressures from both sides of the valve while a double-isolation-and-bleed valve provides an additional seal against pressure building in the valve’s cavity.
Two configurations are available for DIB ball valves — DIB-1 and DIB-2. The DIB-1 configuration features bi-directional seats upstream and downstream. The DIB-2 ball valve design features one bidirectional (DPE) seat and one uni-directional seat (SPE). 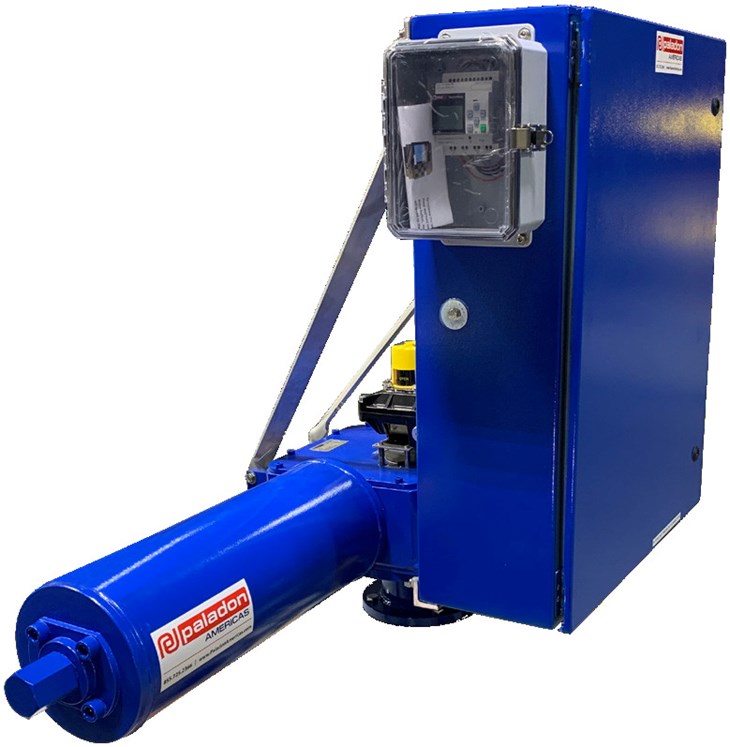 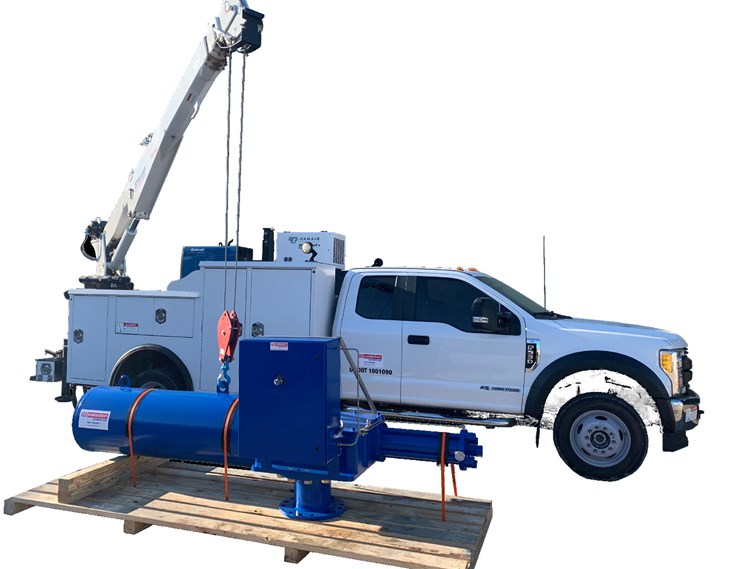 Conclusion
API DBB and DIB valves are field proven solutions for end user requiring a means isolate fluids and check for leakage. Both valves can provide isolation in both the upstream and downstream directions and zero-leakage capabilities, even in high-pressure or high-temperature situations. Once the fluid is isolated, the bleed mechanism can drain the area between the two valves or two seating surfaces.
When determining whether to use a DBB or DIB valve, it is important to also determine which definition to follow — API or OSHA. In order to do so, it is also important to have a clear understanding of the similarities and differences of the types of block-and-bleed valves and the specific application in which the valve will be used.
In applications where critical isolation is needed to ensure that leakage does not occur, DBB and DIB can be selected. Both valves can be used in a variety of applications and markets, such as LNG, petrochemical, transmission and storage, pipelines, and more. The main advantage of DBB is that the seats are self-relieving seats. However, if the upstream seat leaks, the downstream seat will not provide isolation. The main benefit of the DIB is that the second seat will provide the seal if the upstream seat leaks. In applications that require an additional pressure barrier that seals separately from the main pressure barrier, it is important to use a DIB valve.
ABOUT THE EXPERTS
Robert Dinger is the Production Manager at International Standard Valve, Stafford, TX. With a degree in Mechanical Engineering Technology and more than 20 years in the valve industry, Robert has worked in manufacturing, field service and in engineering groups. He has extensive hands-on experience in the field service and problem solving on valves in many different applications and industries.
Engin Gulgun has been the V.P. of Engineering & Technologies at International Standard Valve, Stafford, TX, for the past 11 years. With a degree in Master of Science in Mechanical Engineering, and more than 30 years in the valve industry, he provides a high level of expertise to product development. Engin is also an active task group member of API Upstream and Downstream, ASME B16 Sub-community C and N Sub-community and MSS- SP.