Spanning the realm of the nuclear power industry, David Wilhite’s experience is vast and storied; whether the job at-hand is supplying parts, conducting onsite plant modifications or designing the next-generation power plants, David has worn a multitude of hats throughout his career. On a sunny day in Texas, Pump Engineer had the pleasure of sitting down with David to gain insight into an end user’s perspective on turning an industry’s past challenges into future solutions.

Origins and Opportunity
David’s interest in the industry initially emerged in the way that many new discoveries do: opportunities presented after graduating. Since then, however, the work to follow has been anything but linear. “Everything is different,” says David. “Whether it be working with a heat exchanger, valve, pump or a pressure fit, everything is a unique challenge.” Across his experiences, David notes that what he enjoys most is the element of diversity. “It is not necessarily the same calculation or boilerplate item repeated time and time again.”
When it comes to David’s professional journey, he is backed by a resume packed with variety. Having begun his work as a project engineer at Nuclear Logistics, which involved writing test plans and overseeing test equipment for the nuclear-related quality assurance program, he moved to design work and site modifications. This work encompassed anything from replacing pumps affected by chemical corrosion to reviewing the heat exchangers in cooling water systems. From there, he moved into providing consulting expertise on the performance limitations and failure analysis of clients’ products, employing strain gages and oscilloscopes to isolate a given product’s particular stresses.
Trial, Error, Repeat
The rewards of the work do not come without their challenges, of course. The personal research involved in catching up to speed on a particular sub-issue while maintaining a quick turnaround is among the heftier tasks, David notes. “Sometimes, the challenge is learning a programming language in order to write the script and automation needed for a particular analysis at a particular time,” he shares. “It is a learning curve when you have to conduct a calculation analysis in time, while also learning the entire infrastructure or model behind it to be able to properly apply it.”
As is the case with most complex industrial applications, David has encountered his share of troubleshooting pump-specific obstacles. He notes that increasing flow rates or transfers is a common goal in pump processes and, as such, the impellers are highly analyzed to reach better performance — while maintaining the same body and frame. This involves changing out the cover to get a different curve characteristic, in addition to the full analysis required of such a process.
“There are different power groups at play,” David says. “You may have to parallel systems or check the flow of balancing between two different loops, depending upon which pump is running at the time, as well as the transients flipping between them. In one instance in David’s work, a case crossed his path in which hydrazine injection pumps were added. “Because this is a very high pressure, low volume pump and hydrazine is such a toxic chemical, this displacement pump was doing everything that it could,” David explains. “But the maintenance guys were having to go through and rebuild the seals every three weeks.”
The case at hand was a particularly high-managed item, and David put his efforts into researching the seals, along with other pumps and alternative solutions. Eventually, it was decided that they would employ more of the same pump in parallel. “I always have a backup pump,” David shares. “But if one pump is broken and one is running, we are able to rotate them back and forth. “From a design side, we basically made it for a quick release that the maintenance guys could take out easily. Since they have done it so often, they were very good at it.” Instead of trying to make something overly robust, David says, he incorporated a disposable perspective in order to aid in the maintenance process. “That is what the maintenance guys wanted, so that is what I let them have. I am there to try to make their lives easier.” 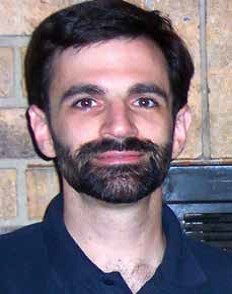