Wastewater treatment is not something most of the population of the United States thinks about on a daily basis. It is conducted, mostly unseen by municipalities, and goes largely unappreciated by many. However, it’s a key part of everyday survival that allows humans to stay hydrated, bathe, clean dishes, launder clothing, and perform a variety of tasks that keep them alive and healthy.

By Rajen Jairam – ChemTec Equipment Company
One of the most important steps in wastewater treatment is water disinfection, a step most municipalities achieve by adding chemicals to the water. However, it is important to monitor the dosing of chemicals. To that end, flow monitors are used to control the proportions of each chemical in order to provide a uniform, safe water supply.
Why Is Water Reuse Necessary?

The earth is comprised of just over 70% water. In all, that adds up to about 332,500,000 cubic miles, or 326 million trillion gallons – a staggering amount of water that’s almost unfathomable to many people. With such vast amounts of water, it’s hard to comprehend the necessity for water management.
However, consider the fact that the earth’s water supply is relatively unchanging – and has remained so since the earth’s formation. All 326 million trillion gallons has been on the earth for all or most of the 4.5 billion years of its existence, within the water cycle. As a result, water exists in many sources, in many different stages of the water cycle – and not all of it is available for human consumption.
In fact, the vast majority of water on the earth is unavailable for human consumption. Most – about 96.5% – is located in the earth’s oceans and unfit for drinking. However, even the other 3.5% of the water supply that is freshwater is still not accessible to humans due to its location in the atmosphere, deep under the earth’s surface, or within glaciers and snow formations.
In the end, only 1% of the freshwater – or .007% of the earth’s water – can be used by humans. With nearly 7.7 billion people on the planet using the already-limited water available, the importance of reusing water is evident. However, it is important that water utilized for household, municipal, and industrial use be treated before its release and eventual reuse.
Why Is Wastewater Treated?

Water used in households can hold any number of contaminants by the time it circles the drain and enters the sewers en route to the water treatment plant. Humans washing their hands, bodies, or clothes and dishes release a number of biological and chemical contaminants into the water they use. Similarly, multiple industries release contaminants – often on larger scales – that have the potential to have harmful effects on many organisms in nature.
The United States uses upwards of 322 billion gallons of water per day. If every entity that used water released wastewater back into the environment without treatment, the amount of stress on the environment and its resulting damage would be catastrophic. Thus, wastewater treatment plants address the contents of wastewater before release back into the environment.
Wastewater treatment plants aim to make water safer for the animals and plants that live and use natural waters sources, including their habitats. However, the primary reason for treating water is for the removal of a variety of microorganisms. While many microorganisms are utilized in the initial treatment of the water, in order to remove solid organic waste from the system, others are not desirable after treatment.
Microorganisms harbored by unclean water can cause a wide range of human diseases. These diseases include cholera, typhoid, dysentery, and others, all of which were far more common before people learned of the dangers of bacteria in unclean water. Modern wastewater treatment plants remove bacteria in a few different ways. 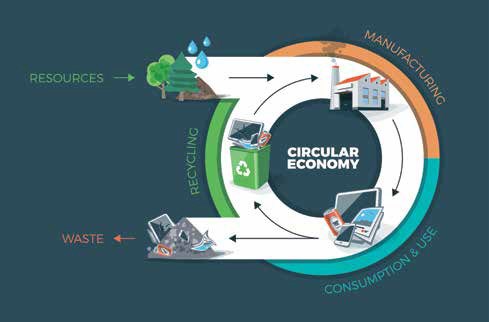 How Is Wastewater Treated?

When small amounts of wastewater enter the natural environment, nature acts on its own to clean it itself, by diluting the pollutants with fresh water and enacting a series of microorganisms to feed on the contaminants. While today’s vast amounts of wastewater produced by the United States simply cannot be handled by nature alone, wastewater treatment plants still utilize a process very similar to nature. Primary treatment separates particles both large and small from the bulk of the water by using filters, sedimentation tanks, and pumping raw biological solids from the water. However, it is during secondary treatment that most of the hazardous contaminants are removed.
Secondary treatment can remove up to 85% of the organic matter in wastewater by biologically activating the organic matter and sludge accumulated; helpful bacteria in this sludge can feed on the wastewater, removing harmful contaminants. Afterward, it is aerated by promoting oxygen flow to the necessary bacteria, allowing it to transform the contaminants in the wastewater to by-products that are then filtered out of the water. Finally, the wastewater is treated with chemicals to remove any remaining harmful bacteria.
How Are Chemicals Used for Wastewater Treatment?

Industry experts estimate that around two-thirds of municipalities operating wastewater treatment plants use chlorine to disinfect the water before it is released. Others choose to use alternative chemicals such as ozone or chloramine. This process happens after the effluent water is released from the plant’s sedimentation tank, and before the water is discharged into the receiving body of water, usually a river.
Due to its toxic qualities, chlorine is a highly effective, powerful chemical when it comes to the removal of harmful microorganisms. If used properly, chlorine can eliminate as many as 99% of bacteria from treated water. Before introducing the water into the environmental receiving grounds it will occupy, the wastewater is dechlorinated to reduce the harmful chemical effects of the chlorine itself.
Precise levels of chlorine must be administered in order to safely disinfect water while avoiding toxic effects on people and animals who will later consume it. In addition, stable flows across the entire treatment process are essential to completing it safely. For these reasons, ChemTec has developed a range of flow monitors for water treatment purposes.
Flow Monitors

ChemTec specializes in the design and production of flow monitors that meet water treatment industry specifications. Whether the method of chlorine delivery is liquid or gaseous, flow monitors are able to sense and respond to changes in chemical flow rates. The resulting consistent flow ensures the water continues to receive optimal levels of chemicals, as well as protects the equipment.
Wastewater disinfection systems using flow monitors utilize a magnetic piston in the unit. The piston moves with the flow. A reed switch monitors the position of the piston indicating that flow rates remain within the acceptable levels.
When flow rates move outside the norm, the situation indicates that a problem may exist within the system. Common problems include a blocked filter or a failing pump, both of which may cause severe disruptions within the system if allowed to continue. It is crucial that such issues be identified and addressed immediately to prevent damage.
Flow monitors with custom configurations can produce an alert when a blockage or another low-flow issue is detected. The issue can be addressed immediately, preventing damage to the pumps and other components of the system. In addition, other custom configurations can send an alert or reminder when a filter requires changing. PVC is recommended for water treatment and wastewater industry applications.
Flow monitors can provide early alerts when flow rates drift from the acceptable range. Users are able to address problems before they occur, leading to increased confidence that the system is operating at a functional level and will remain safely operating. They can rest assured that their system is monitored constantly and the water produced remains at safe levels for human and animal consumption as well as for other environmental concerns.