The world of chemicals is a vast one, with each chemical combination triggering unique reactions. For Tom Sandbrook, an Engineering Fellow who works with applications such as hoses, couplings, valves, and pipes, knowing how each chemical will react to certain metals is crucial in order to avoid both minor, and fatal accidents. By Catarina Muia and Angelica Pajkovic. 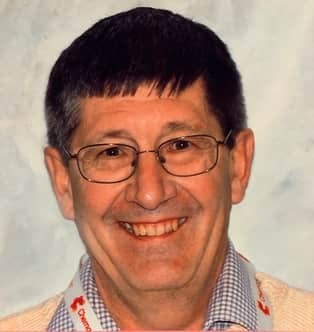 Tom Sandbrook has thought about it a million times over, and still does not quite know what first sparked his interest in engineering. “I have come to the conclusion that as a baby, born an engineer. I can never remember a time when I said I was going to be anything but an engineer,” Sandbrook explains. “I grew up in the 1960s, and you know, every little kid in the 1960s was enthralled with the space program. So honestly, it was probably the space program that started it all.”

With the rest of his family working in the mining industry, he always thought he was going to be a miner. “My brothers and I planned to do something different, but they all ended up being miners, and I was the only one who ended up doing something else.”

Sandbrook attended Rensselaer Polytechnic Institute for Mechanical Engi- neering in New York, and graduated in 1980. He then completed his Master’s Degree in Industrial Engineering at Rensselaer in 1981. His journey after college took him to various industries where he worked in a few different po- sitions. Today he is an Engineering Fel- low atThe Chemours Company.

A Role in all Industries

In 1981, Sandbrook had just completed college and oil prices were sky-rocket- ing due to the second Arab Oil Embargo. “I decided I was going to save the world and work in synthetic fuels and synfuels, so I went to work for Conoco.” At the time, Conoco owned the second largest coal company in the U.S.A., and had an active synfuel project going on to make methanol out of high sulfur coal in Ohio.

“We were doing the pilot work and I was going to go right into the production plant. Fortunately, or unfortunately, oil prices crashed in 1983 and all the pro- grams in synfuel were going to shelf,” Sandbrook explains. “Conoco, Exxon, Chevron, and everyone else in the industry shelfed their synfuel programs. Choosing to leave Conoco, I ended up in the coal division, where I coal mined and did coal beneficiation at DuPont.”

Sandbrook stayed with DuPont for 35 years, and had the opportunity to work on projects in titanium mines in Florida. “After that, I went into heavy chemicals with different DuPont sites, making Aramids, Nomex and Kevlar or agricultural products,” Sandbrook says. “The common thread of all those chemical processes, is that they’re all very haz- ardous. Making chlorines, ammonia, hydrofluoric acid, sulfur trioxide, pretty much the higher risk chemicals at DuPont, or now, Chemours.”

His time at DuPont involved a lot of work in mechanical integrity and quality assurance; ensuring that the chemicals were going to stay in the pipe. In 2007, Sandbrook started leading the North America Effort for DuPont’s Mechanical Integrity and Quality Assurance Program. “I was responsible for the North American process equipment QA/QC, in service test and inspections, maintenance procedures – essentially adhering to Occupational Safety and Health Administration (OSHA) 1910.119 requirements,” Sandbrook explains. “After doing that for quite a few years, DuPont and Chemours split, and I had the opportunity to move back to Chemours as an engineer.”

A Day in the Life

As an Engineering Fellow, one of Sand- brook’s main responsibilities involves consulting. A typical work day is not very structured and can change in a matter of minutes as a result of a single phone call. “I like that aspect of the job; it is always something new. I am always learning, and there is a lot of autonomy to set strategy, set goals, and set designs,” he explains.

With so much responsibility, it is impor- tant that Sandbrook prioritizes, even if it might be difficult. “With so many different emergencies, projects, and personal programs I want to see happen, it can be hard at times to keep everyone satisfied and maintain a nice balance.” However, he continues to explain that it is always his goal to service plants first. “If there is a plant with a problem, that situation will typically take precedence over a project, or a program-type activity.”

Sandbrook has worked with valves for more than 20 years, and because of the toxic nature of the chemicals he deals with, he has come to understand that purchasing the best valve technology available is extremely important.

“We have a lot of unique needs for valves because of their requirement for absolute containment. Many of our materials are very corrosive, so containment can be challenging,” Sandbrook explains. “Our valves have a minimum run-life of two years with maintenance aside, which is why we try to run everything for two years without a shut-down. Some of these valves may not cycle once or twice in that two-year frequency, however we need to make sure when they are called upon to cycle, they actually work.”

Choosing the correct valves helps avoid risky situations such as a leak out, a leak through, or a non-functionality. “The highest risk would be a major leak out, corrosion to a body, however fugitive leaks at valve packing always increase with time as the stem corrodes,” Sandbrook explains. “Although it does not happen, there is always that chance that it will, so we really take a look at the metallurgy of the valves. Looking at the all the materials in the valve is critical to its performance. We specify very high reliability valves. It is not unusual to purchase valves that cost USD$1,000 to USD$2,000 per inch diameter,” he says.

The price of the valves is determined by the specific alloys from which they are manufactured. “The material of construction of a valve is often sig- nificantly different from the pipe it is attached to, due to the turbulence and accelerated carrion that results. It is not unusual to use Teflon®-lined or C-276 valves in a stainless-steel pipe,” Sandbrook explains. “In our experience, the bellows, even in the parts per millionHCl, will need hastelloy materials. That is one of the reasons our valves end up being so expensive, because we have a lot of exotic alloys in them.”

Throughout the last 10 years, Sandbrook explains that the company has put a major emphasis on the mainte- nance of the valves, “we have our sites identify what we call ‘critical valves’. The valves that are containing the most hazardous chemicals need to be able to perform the normal valve functions such as opening, closing, not leaking, in order to keep the plant safe,” he says.

Whether the site has 5 or 10,000 valves, around 10% are identified as critical valves. “These valves get put into a special maintenance program and receive special attention. This is extremely important for us, because we might have seen a valve and thought it was okay, but when they have been put through the special program, issues have been found. There is a huge commitment that needs to be made, but it works. A program like this, makes having a good relationship with your valve supplier or distributor, very important.”

Although he has so much going on as a Fellow Engineer, Sandbrook admits that his favourite part about his job is mentoring people. While visiting different sites regularly, Sandbrook has the opportunity to train people in the different technologies that he specializes in. “If someone calls me up and asks me a question that I think they should know, I will not answer it for him. I’ll get on a Skype meeting with them because it is all remote, and I’ll show them where the information is, but I will make them get out their computer to get the information, that way they actually learn,” says Sandbrook. “The mentoring, it has actually become more of a passion. I really enjoy teaching. I always tell people I have a lot of things bouncing around in my head, and I have got to get some of it out to them before I retire.”