When looking to assess the current status and possible future of coal-fired power plants, then Asia immediately takes centre stage. Firstly because the region already operates more coal fired power plants than the rest of the world, and secondly, because most of the plans to construct new coal fired power plants are located in Asia.
To understand what is happening, it is therefore first necessary to explain various acronyms, such as TPP, CPTPP, ASEAN and RCEP.
ASEAN stands for the Association of Southeast Asian Nations. This intergovernmental organization comprises of ten Southeast Asian countries and promotes intergovernmental cooperation and facilitates economic, political, security, military, educational, and sociocultural integration among its members and other Asian states. Member countries are the Philippines, Indonesia, Malaysia, Singapore, Thailand, Brunei, Vietnam, Laos, Myanmar and Cambodia.
RCEP stands for the Regional Comprehensive Economic Partnership and is a proposed free trade agreement (FTA) between the ten member states of ASEAN and the six Asia-Pacific states with which ASEAN has existing free trade agreements, namely Australia, China, India, Japan, South Korea and New Zealand.
TPP stands for the Trans-Pacific Partnership and was a proposed trade agreement between Australia, Brunei, Canada, Chile, Japan, Malaysia, Mexico, New Zealand, Peru, Singapore, Vietnam, and the United States. However, the agreement did not enter force as the United States withdrew in early 2017. CPTPP stands for the Comprehensive and Progressive Agreement for Trans-Pacific Partnership. This trade agreement between Australia, Brunei, Canada, Chile, Japan, Malaysia, Mexico, New Zealand, Peru, Singapore and Vietnam. The CPTPP is basically a continuation of TPP, without the United States.
The potential of these trade blocs will be immediately apparent. For example. The eleven countries in CPTPP have combined economies that represent 13.4 percent of the global gross domestic product, approximately USD 13.5 trillion, making the CPTPP the third largest free trade area in the world by GDP after the North American Free Trade Agreement and European Single Market. However, all these blocs could be overshadowed by RCEP which, if it succeeds, will become the world’s largest trading bloc, accounting for 3.4 billion people with a total Gross Domestic Product of USD 49.5 trillion.
By withdrawing from TPP, it seems that the US has in effect blindsided any of its manufacturers who may have been looking to establish themselves as major players in the Asian coal fired power market. Internationally focused US suppliers have unwillingly lost an advantage which will be difficult to overcome. Companies elsewhere have been keen to seize opportunities. For example, a new trading group in Asia includes Chinese financing for plants throughout the region. The plant suppliers include a number of large Chinese companies.
Finally, it is important to note that China has more than forty percent of the entire existing coal fired boiler fleet. Moreover, if focusing on the plants built in the past twenty years, then the figure jumps to eighty percent1.
It has been forecasted that the coal fired power will remain the largest purchasing segment in the world power industry over the next five years. It is not surprising, therefore, that most of the pump purchases in RCEP power plants will be for the coal fired generation2.
Dominating Presence
China currently houses more than 40 % of the existing coal fired boiler fleet, as well as 80 % of all the coal fired power plants that are less than 20 years old1. These percentages suggest that most of the knowledge of, and experience with, newer coal fired pump designs reside in China.
Outside of the RCEP, the two most active constructors of coal fired power plants are Turkey and Pakistan. Due to the China-Pakistan Economic Corridor plan, and the billions of dollars China has funded for seventeen coal fired power plants, Pakistan is nominally a part of this larger endeavor. China and Turkey have also strengthened their relationship, which has led China to invest in Turkish power plants. When considering all of the areas where coal fired power plants are prevalent, it become apparent that China has established itself, so that it is involved in all the regions with coal fired boiler construction activity. 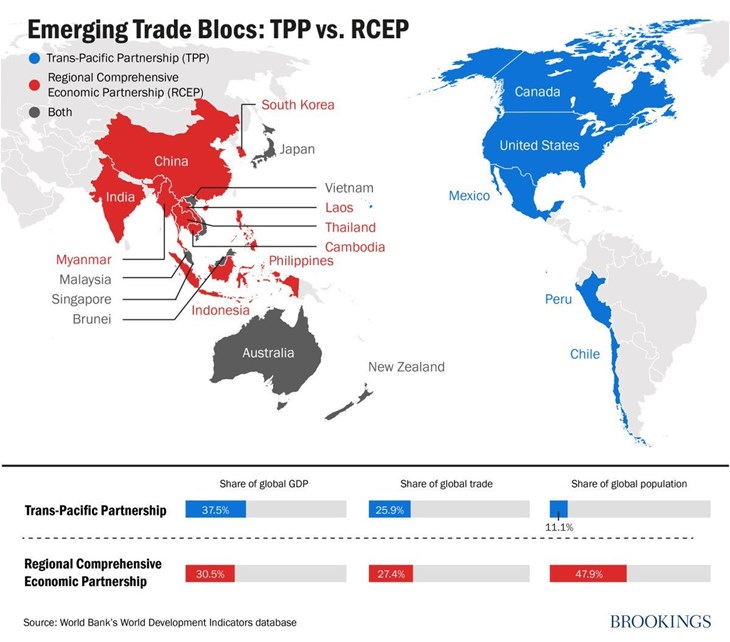 Industry Growth
Environmental upgrades have been a good catalyst and source for pump business. If considering the addition of a limestone scrubbing system for a coal fired plant, for example, the required investment is more than $2 million; that cost only represents the amount paid for a big recycle slurry and ball mill pumps. The addition of 200,000 MW of FGD systems in the U.S., spread out over three decades, therefore resulted in billions of dollars of revenue for pump companies3. Up to this point China has installed over 900,000 MW of FGD systems. Other countries in RCEP are projected to require another 400,000 MW of new and retrofit systems, which will ultimately drive the pump business further.
As power plant pumps are subject to abrasion temperature fluctuations and corrosion, the annual pump expenditures including replacement pumps, parts, and service amount to more than 20% of the initial investment. This means that if the market is expanding at 5% per year then the existing market is four times greater than the new plant market.
International pump suppliers may have difficulty selling pumps to the new RCEP plants through Chinese plant suppliers. They will, however, have the opportunity to supply replacement pumps, parts and service as part of a whole IIoT and remote O&M program4.
A number of the plant owners, such as the NTPC, are large. India’s NTCP in will have more coal fired plants than any operator in the U.S. has ever had and the same is true of government owned utilities in other RCEP countries. Japanese, European and U.S. power plant designers and operators have the opportunity to utilize their expertise to operate plants in the RCEP.
Final Thoughts
The coal fired power plant pump market is too large to be ignored by international suppliers. They will need to find a way to participate in the RCEP sector or, they will find themselves displaced by new leaders.
References
(1) Utility Tracking System published by the McIlvaine Company
(2) Pumps: World Markets published by the McIlvaine Company
(3) FGD World Markets published by the McIlvaine Company
(4) IIoT and Remote O&M published by the McIlvaine Company

Robert McIlvaine is the President and Founder of The McIlvaine Company, which publishes reports across worldwide pump and valve markets. He was a pollution control company executive prior to 1974, when he founded The McIlvaine Company. He oversees a staff of 30 people in the USA and China.