Standardization in the oil and gas sector is imperative to ‘raise the bar’, for example in terms of fugitive emissions. “Within the International Association of Oil & Gas Producers (IOGP), various end users have agreed upon base requirements, some of which have repercussions for valve industry. In general, this doesn’t require a huge effort from the supply side.” By Lucien Joppen & Catarina Muia. 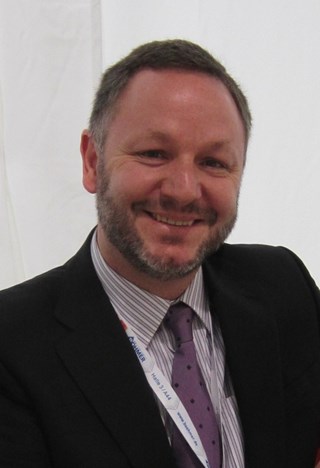 Wojciech Zmudzinski, Principal Valve Engineer, has been involved in the valve business since he graduated from  university. At the Valve World Conference in 2018, Zmudzinski was the Chairman and in his opening speech, he discussed the hot topics in the oil and gas sector, one of them being the environmental regulations and international
agreements (Paris agreement) to curb greenhouse gas emissions.

“There is a dual challenge for companies that are active in the energy sector. First of all, we need to provide sufficient
supply to the growing demand for energy. Second, there are the goals – see the Paris agreement – to curb greenhouse gas emissions. Given the projected impact of greenhouse gases (GHG) on our climate, the business-as-usual approach doesn’t work. It means investing in alternative energy sources and also investing in oil & gas to decrease its CO2-footprint as much as possible.”

According to Zmudzinski, this urgency is not only visible in BP’s plans for the future, but also high on the agenda of its peers. “It is a topic which is also addressed within IOGP as emission reduction typically lends itself for cooperation
between end users. Specifically, for the valve sector, there have been recent developments at IOGP-level that are relevant for the valve sector in terms of fugitive emissions and other factors. For example, related to ball valves (API 6D,
trunnion mounted), an IOGP-document has been published earlier this year, specifying standards for emission testing
and fugitive emission packing. End user companies BP, Chevron, Engie, Eni, ExxonMobil, Maersk, OMV,Pemex, PTTEP, Repsol, Saudi Aramco, Shell, Sanangol, Statoil, Total, Wintershall, and Woodside have agreed upon these base requirements. To use an analogy, we have made the use of seat belts in the industry mandatory. In essence, the seat belts are already in place, and we need to impose the use for the drivers and passengers. In terms of fugitive emissions, I don’t think this requires a huge effort from the manufacturing industry. It doesn’t require a shift in manufacturing to get to a point where we can expect all the valves and then all the equipment to be compliant with current emission-related standards and requirements, specifications and qualifications. The IOGP-documentation not only goes into fugitive emissions. First and foremost, these standardization documents are designed to agree upon sectoral standards that are meant to improve safety, reliability and competition in our sector.”

When asked whether BP’s goals, in terms of GHG emission reduction, will also impact the equipment the company uses, Zmudzinski nods affirmatively. “When we look at the energy we use in our processes, for example in the downstream area, there are numerous initiatives to reduce energy usage, both from an environmental and a cost standpoint. For example, at our Whiting Refinery in Indiana (USA), we have launched a waste heat recovery project to generate steam from the exhaust gas. This initiative reduces the amount of steam the facility generates from its boilers and decreases the amount of fuel needed and associated GHG emissions. It shows that it is possible to make a profit without harming the environment. Even better, it would benefit the environment.” 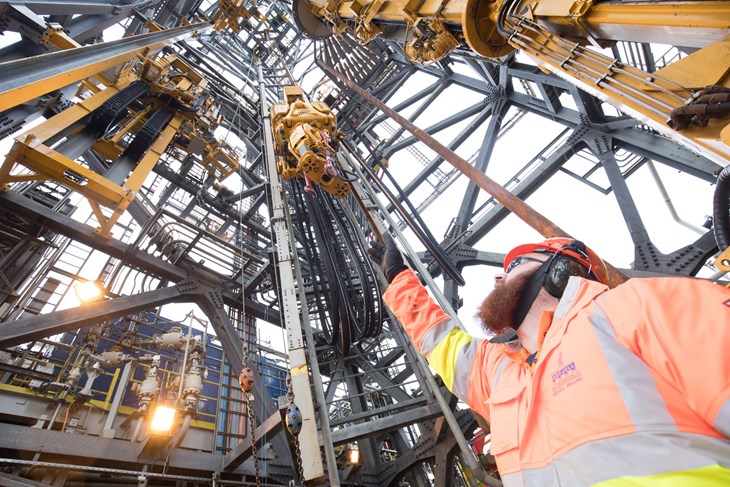 Zooming in on valves and fugitive emissions, Zmudzinski mentions the advances in packing technology, which have improved the overall quality of the product in terms of external leakages. This doesn’t mean that fugitive emissions are a thing of the past.

“Both internal and external leakages are still on our radar. There are issues with isolation, with safe isolations or isolations that allows us to perform certain tasks, such as critical equipment maintenance or replacement. Another issue is, valves that do not function properly, so something has gone wrong, either with the actuation, accessories, or with the valve itself. In many cases, corrosion or wear-and-tear in combination with the age of the equipment have caused sufficient damage to the internal mechanisms. From an operator’s standpoint, they are equally important to address and urgently needing resolution.”

“Production facilities have also evolved over the years. In essence, this means that our production facilities have been designed and constructed based on different specifications. This also applies to the valves that are installed in our production facilities. It’s always the same sort of challenge. If a valve is leaking, if the valve is not working properly, those initial choices that were made at the design and/or procurement stage may have had an infl uence and an adverse impact on its current reliability. It could be that it was the best technical and commercial decision at that time.“ Maybe these choices were made because of the project’s budget and schedule. Present-day requirements and available solutions can’t be compared with the past. To give an example, stem seals and packing technology has advanced significantly over the last ten years. What is on the market today is far more advanced, which will have a positive impact on reduction of fugitive emissions.” 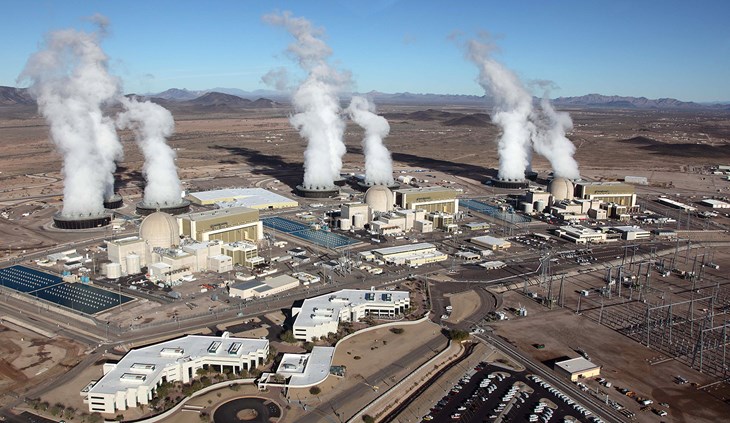 The Benefits of New Technology

“The valve health data analytics have a great potential to improve our business. One area that we’re looking at, is close monitoring the condition of production and safety critical valves. Instead of allowing these valves to be run to failure, to a point where we have no choice but to replace them, we should be able to predict future events and act accordingly through predictive maintenance protocols. Ideally, we would also like to fi netune our analysis to zoom in and determine which part of the valve and actuator is involved in specifi c valve malfunction. It might be the valve itself, or it could also be an auxiliary item, such as solenoid or regulator not working properly. I think it may be very early days for everyone to have such smart, predictive analytics enabling us to look into the future, say six or twelve months in advance, but that is a good target.”

Zmudzinski continues to mention 3D printing as a potential game-changer. “There are already interesting applications in the B2B-sector using 3D-print technology both in plastics and metals. The technology still needs time to mature to be competitive with traditional manufacturing processes or to supplement it. Ultimately, it could be used for specific applications and not so much as a one-size-fits-all solution. In terms of economy-of-scale, traditional production processes, such as, casting and forging, will continue to be cost competitive.”

Alternative materials, such as plastics, could also make inroads in the oil and gas market, Zmudzinski says. “Traditionally, we use metallic valves made from steel or various alloys. Some applications, with lower class ratings
could be replaced with certain plastics. I think that’s another opportunity, maybe not a massive one but one worth ex-
ploring in the near future.”

The Importance of Valve-Related Events

As the chairman of the Valve World Düsseldorf Conference & Expo 2018, and a Steering Committee member of Valve
World Americas Conference & Expo 2019 taking place in Houston, TX on June 19 and 20, Zmudzinski believes the  events are benefi cial for a number of reasons. “In my perspective, attending the conferences in both Düsseldorf and in the Americas, it is not only important to see the new developments in valve manufacturing, but also to meet the new manufacturers that are appearing all the time,” he explains. “It is crucial to see what these new manufacturers’ agendas are to have a bigger picture of who they are trying to compete with, and what they are offering.”

Zmudzinski also points out how the industry is seeing a change with new engineers with less experience entering into the industry following a significant knowledge transfer gap. “It is extremely important to notice that there is an age and experience gap in the industry now. We are seeing a new generation that has a little less or more than 10 years of experience. Conferences like Valve World Americas gives the younger generation access to manufacturers, and senior engineers and management at key companies. These are people they can learn from.”

In terms of the conference, Zmudzinski says he gets involved because he wants to be able to help make a change in the
industry through education. “I think it is so important to get involved, and to ensure that those who are attending, and presenting are also people who can make a change. I want to attract not only the young people who want to learn, but even the experts who can teach and learn about all the new changes in the industry.”

VALVES FROM THE START

Zmudzinski has worked in the valve business for 25 years. After he graduated in the mid-ninetiesas a Mechanical Engineer, he started at Securamax International. “Back then it was challenging for engineers to get an engineering job in Canada”, Zmudzinski says. “My fi rst job was not as a valve engineer but as a valve technician. Soon my responsibilities also encompassed design and engineering. In hindsight, both domains provided me with first-hand expertise with valves: the design and manufacture, applications, and how and why they fail, and how to fix them.”

Zmudzinski also worked as an engineering manager for Velan, one of the major valve companies in North America. Later on, he joined Score Pacifi c and McDermott, respectively as a Mechanical Engineer and a Chief Engineer & Category Manager. “Accepting these jobs meant that my family and I had to move, first to Australia and later on the UAE. In 2018, we decided to move back to North America, to be specific to Houston, where I accepted the position of Principal Valve Engineer at BP USA.”