Shell has signed agreements with the Governments of Alberta and Canada to secure USD 865 million in funding for its Quest Carbon Capture and Storage (CCS) Project in Canada. The Quest Project will capture and permanently store deep underground more than one million tonnes of CO2 per year from Shell’s Scotford Upgrader near Edmonton, Alberta, which processes heavy oil from the Athabasca oil sands. The signing of the funding agreement was announced as part of an event marking the earlier start-up of Shell’s 100,000bpd expansion of its Athabasca Oil Sands Project (AOSP), bringing total capacity to 255,000bpd. The AOSP includes the Muskeg River Mine, Jackpine Mine and Scotford Upgrader. Regulatory applications for the Quest Project were submitted in November 2010. The signing of the funding agreements represents another important milestone prior to Shell taking a financial investment decision in 2012, subject to the outcome of the regulatory process and economic feasibility. With CO2 injection planned for 2015, the Quest Project would join a handful of CCS projects around the world that are injecting CO2 at a commercial scale. 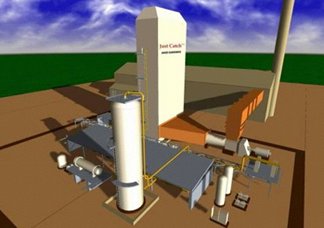