The water pumps at Fukushima, Japan, Beaumont, TX, New Orleans, LA and a number of other locations have made the news in recent years. All were critically important, although they probably differed considerably from each other in style, size and configuration.

What they did have in common was that, on different occasions and during different emergencies, these pumps were either unavailable, submerged, found to be inadequately maintained, unprotected, incorrectly installed, etc. Few people will know exactly what happened in each instance and how far back one would have to go in the chain of events to find true root causes of failure. Many lawyers will be involved in assigning blame; chances are that for years they will talk about these events both in and out of courts of law.

Acts of God: Really?
Be prepared for the legal profession calling some events “Acts of God” for reasons that are rooted in legal definitions and may not comport with plain common sense. Common sense tells us that, from here on forward, higher factors of safety will have to be built into critical systems. These factors of safety must use a new rationale. Whatever rationale has been used in the past was now proved deficient beyond any doubt. The factor of safety (“FS”) of the systems involved in each one of these events was shown to be less than 1. With an FS < 1, we will find at the end of the chain a human having made an erroneous decision or perhaps deciding not to make any decisions in the first place. Humans, not God, caused entire subdivisions in US Gulf Coast States to be built on land that was deemed uninhabitable for hundreds of years. Then someone decided to issue permits and, at another location, declared as safe an inadequate drainage ditch design. In another location in South Texas, someone in authority opted not to add a drain pipe extension to a cul-de-sac street when, as the subdivision expanded, the cul-de-sac was reconfigured into a through-street.
Humans decided to call it an “Act of God” when man-made sheet piling supposedly holding back Louisiana’s Lake Pontchartrain didn’t reach deep enough, or when an incorrect assessment was made of soil stability below the levies protecting New Orleans in 2005. Simply put, sheet piling and soil issues caused the barriers and levies to be deficient. Taken together, these human-induced errors and omissions allowed a plus 21 ft. elevation lake to spill into neighborhoods where the average elevation was 6 ft. below sea level.  As we then give some thought to the facts in evidence, we must bring ourselves to conclude that “the hurricane did it to us” is a statement rooted in superficial thinking by an uninformed group of people. While pumps admittedly may have played a very minor role on that particular occasion, they have often been unavailable in recent years, probably due to lack of spares and for other reasons. Until someone makes it their professional duty to reassess the situation, these pumps and their affected locations will remain a matter of concern.
Beware of 500-year floods
After four major floods in 10 years, one may just have to abandon the notion that 500-year floods happen only every 500 years, and that the Neches River in Beaumont, TX will never rise high enough to inundate and disable critical equipment built to standards that have been neither updated nor revised in decades. It is reasonable and possible that a knowledgeable individual could have explained to the residents and homeowners of certain cities and neighborhoods that a 1 percent property tax increase would ward off future calamities. Of course, the money would have had to be spent responsibly; but suppose the 1 percent add-on would make it 100 times less likely for a particular place to ever again become uninhabitable. Or, we could make the point that it’s now high time to be pro-active in all safety matters. Explaining these facts to a sensible citizenry may nudge local taxpayers to agree with our reasoning.
No, I don’t believe in conspiracies, sabotage and other far-fetched scenarios being responsible for the various and sundry pump issues. But I fear there will again be much indifference and that the message will be shrugged off as hindsight which, admittedly, is always 20/20.  Detractors have labeled editorials of the type you’re obviously reading as “polemics”, a hostile attack on someone else’s thinking. I beg to differ; it’s rather an attack on complacency and expression of my belief that the entire issue boils down to professionalism.  I maintain that a true professional must speak up for the truth. Professionals knowledgeable in civil and mechanical engineering can undoubtedly make a powerful case for facts and must share these facts with the public. Along this line of thinking, explaining science to the uninformed is a task assigned to the reliability profession and being familiar with the Engineers’ Creed will be helpful as we ponder our professional obligations.
The Engineers’ Creed
In 1954 the National Society of Professional Engineers adopted The Engineers’ Creed; let me share it with all who promise to ponder over the clarity of its meaning:
“As a Professional Engineer, I dedicate my professional knowledge and skill to the advancement and betterment of human welfare. I pledge:
• To give the utmost of performance
• To participate in none but honest enterprise
• To live and work according to the laws of man and the highest standards of professional conduct
• To place service before profit, the honor and standing of the profession before personal advantage, and the public welfare above all other considerations.

In humility and with need for Divine Guidance, I make this pledge.”

Hopefully, we will all finally act in accordance with the Engineers’ Creed. And while we may not be able to change the senseless and those forever unwilling to listen, we can at least appeal to and broadcast the truth to those that are able and willing to respond. Lobbying for realistic safety factors in critical systems that affect the lives of humans would be a good start. For professional engineers to simply shrug their shoulders runs counter to the creed that was promulgated 63 years ago, in 1954. 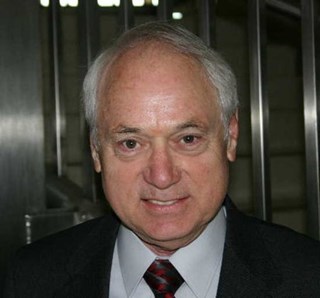