Sealing Options
The wide range of water applications along with the relatively benign nature of water allows for a wide range of sealing options.
Packing – Packing is often considered an inferior sealing option, but modern packing is a highly engineered product and can be a suitable selection for many water applications. Packing is relatively inexpensive and easy to install. It may however require more operator intervention and have higher leakage rates than other sealing options. Most end users can tolerate higher process leakage rates with water, so this is an acceptable solution in these applications.
Split seals – Split seals are mechanical seals which are axially split and can be installed and replaced without disassembling the pump. This makes the selection of split seals ideal for applications where it is difficult or costly to remove or disassemble the pump. Split seals can have higher leakage rates than traditional mechanical seals, but this is more easily tolerated with water as the process fluid. Split seals are most commonly applied in lower duty conditions (e.g., low pressure, ambient temperatures, etc.), but highly engineered designs have been used in more demanding applications.
Pre-engineered seals – ASME B73 pump designs are commonly used in water services. Due to the standardized nature of these pumps, most seal OEMs have created pre-engineered seal cartridges that are available off-the-shelf for these pumps. These seals can be applied in most water applications and provide a quick turnaround, cost-effective sealing option for these services.
Standard duty seals – Not all water applications are at low pressures, speeds, or temperatures. Many higher duty pumps are designed to API 610 standards and require a more robust sealing solution, often complying with API 682. The seal designs are easily customized to support the different piping plans (e.g., Plan, 21, Plan 23, Plan 32, etc.) or provide other features which may be required for these services.
Highly engineered seals – The most demanding applications, such as boiler circulation or water injection, require seals that are specifically engineered for the equipment and application conditions. These seals are often installed in pumps with large shaft diameters and operate at high speeds. The seals often require specialized design features to address challenges with the cooling of the seal faces and circulation of the piping plans. 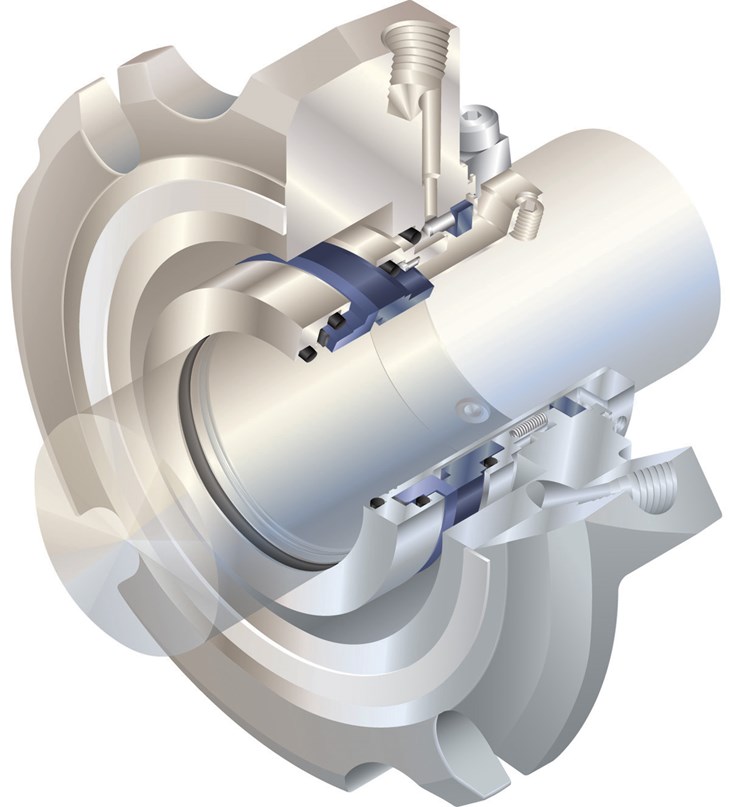 Piping Plans
The selection of the piping plan is a critical step in the design of a sealing system. The wide range of applications conditions means that there is no single piping plan which should be used in all water services. There are however, several plans which are selected for common water applications.
Piping Plan 02 or Plan 03 – Many water applications are at a low temperature and pressure. In these applications, there is little heat generated and no need for forced circulation to control temperatures in the seal chamber. A Plan 02 is a closed-in seal chamber with no flush while a Plan 03 is defined as an open or tapered bore seal chamber. With these piping plans, the seals are installed directly in the pump, without additional piping connections or instrumentation.
Piping Plan 11 – The use of Plan 11 creates a circulation of process fluid from a high-pressure region of the pump, through the seal chamber, and back into the pump. This forced circulation effectively removes seal-generated heat and allows the seal faces to be exposed to water at process temperatures. This is the most common piping plan for mechanical seals and would be used in most medium and high duty application conditions.
Engineered seal face features and advanced face materials now allow Plan 11 piping plans to be used in higher water temperature services. These options include using hydrodynamic features such as waves or face grooves to augment the fluid film. Face materials such as diamond coatings may provide additional tolerance for partial contact on low viscosity fluids. End users should consult with the seal OEMs to see if these solutions are suitable for their application.
Piping Plan 23 – In high-temperature applications, the water properties may not be suitable for reliable seal operation. The Plan 23 reduces the seal chamber temperature in the seal chamber by circulating fluid from the seal chamber, through a seal cooler, back into the seal chamber. This lowers the temperature around the seal and effectively creates a cool environment in the sealing system. This is the most effective and efficient method for reducing process temperatures at the seal.
Piping Plan 32 – Some applications use a single seal (Arrangement 1) even in applications where the fluid has undesirable properties. In some services, leakage with trace amounts of contamination (e.g., hydrogen sulfide) can cause environmental or safety concerns. In other applications, contaminants in the process water may cause damage to the seal faces (e.g., catalysts). If the process fluid is water-based, it is often acceptable to use a clean water injection to effectively prevent contaminations from entering the seal chamber or leaking to the atmosphere. 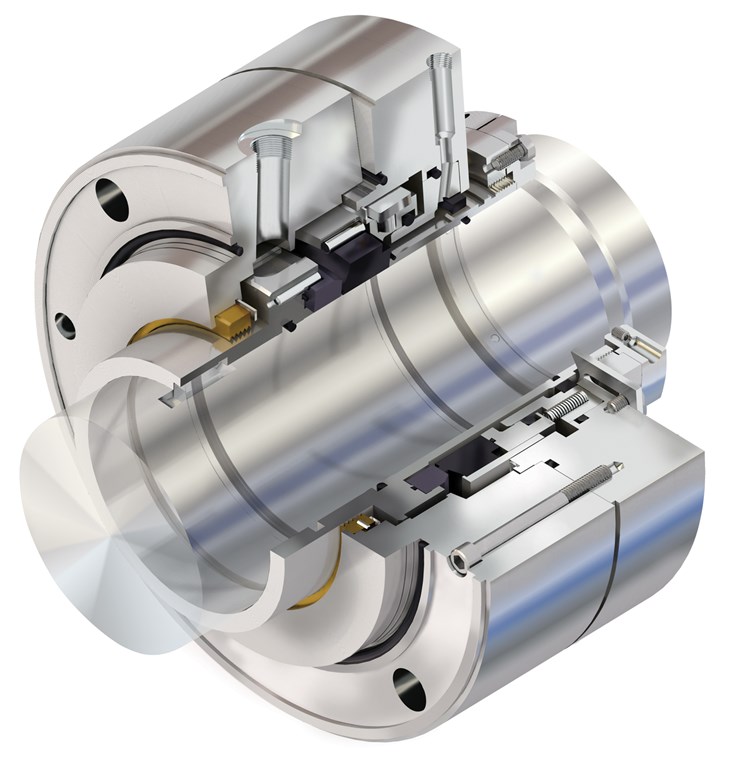 Conclusions
Water services are found throughout industry, and the application conditions can vary significantly. Fortunately, there is a large installed base of seals for these applications, and the seal OEM can provide significant insights into the most reliable solutions for these services.