Compression packings have tended to suffer from the image of an old fashioned technology not really suited to modern industrial processes and, in the case of rotating equipment, largely superseded by mechanical seals. In particular, it is widely believed that packings are inefficient in terms of energy consumption due to high frictional losses.

As early as 2004, the European Sealing Association (ESA) along with its US counterpart, the Fluid Sealing Association (FSA), formed a joint Task Force to develop a realistic performance-based test method for compression packings when used in rotary applications. The driving force for this project was to enable manufacturers to publish true comparative data on packing performance and thus allow end users to better differentiate between products when selecting them for their applications.
By David Edwin-Scott, Technical Director, European Sealing Association and Henri Azibert, Technical Director, Fluid Sealing Association
The methodology employed was a series of round robin tests where several laboratories would test the same product using the same test procedure and the results compared. At each iteration the procedure was refined until a point at which very close correlation of results was achieved.

The resulting “Specification for a Test Procedure for Packings for Rotary Applications” was published jointly by the ESA and FSA. The specification was taken up by CEN and has subsequently been adopted, with minor modification, as EN 16752:2015 – “Centrifugal Pumps – Test procedure for seal packings”.

Whilst the final test procedure proved to produce very good correlation of results in terms of packing leakage, temperature and post-test condition of the packing, the one aspect of performance which continued to cause debate was that of frictional level and power consumption. Throughout the round robin test program the results reported for frictional torque or absorbed power showed significant variability, not least because of the variety of methods used to measure it. The CEN standard addresses this and only allows direct measurement by means of an in-line torque meter.
This uncertainty about packing friction leads to concern, as the generally accepted ‘wisdom’ is that packings are inefficient in terms of power consumption. This perception is based to a large extent on historical evidence stretching back several decades to traditional packings of asbestos and other natural fibres, lubricated with greases and mineral oils. Very little research has been carried out on the much more sophisticated products currently availableutilising exfoliated graphite, ePTFE, aramid and other synthetic yarns and modern lubricant systems.
However, the perception of inefficiency remains, to the extent that there are fears that packings may be precluded from use in many pump systems, either through standards or regulation, by specifying that only mechanical seals are permissible.
In order to obtain definitive information on packing friction the joint Task Force commissioned the French “Technical Centre for Mechanical Industries – CETIM” to carry out a follow-up project. This consisted of the design and manufacture of a dedicated test rig to carry out testing in accordance with EN 16752, including highly accurate systems to directly measure the frictional force of the packing alone.
The test rig is designed to be capable of testing both compression packings and mechanical seals so that direct comparison can be made under the same conditions. The shaft diameter is 50 mm and the packing cross-section 10mm. All tests were carried out using water as the test medium. After initial trials to validate the equipment functionality and accuracy of the monitoring devices, the first tests were carried out on 3 commonly used packing types and compared with several mechanical seal types.
Testing was carried out at 6 bar pressure and a variety of rotational speeds with varying target leak rates. The results of these tests are shown graphically in Figure 2. The measured torque is plotted against speed, in the case of the packing with the associated shaft leak-rate in millilitres per minute shown. These results were extremely unexpected. Not only were the figures for packing much lower than predicted, they were certainly of the same order of magnitude as, and generally lower than, the mechanical seal. Of course, a degree of leakage must be tolerated when using packings and the lubrication afforded by the leaking fluid will reduce the friction. But even when the leak rate is extremely low, as in the case of the ePTFE/ graphite packing at 1500 rpm, the friction recorded was at the same level as the mechanical seals. 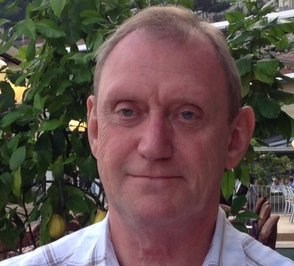 David Edwin-Scott graduated with a BSc (Hons) in Chemical Engineering from Queen’s University, Belfast in 1973. He has gained extensive experience in the sealing industry throughout the years and currently serves as a consultant to the ESA as a Technical Director, in the fields of compression packings and elastomeric sealing technology. 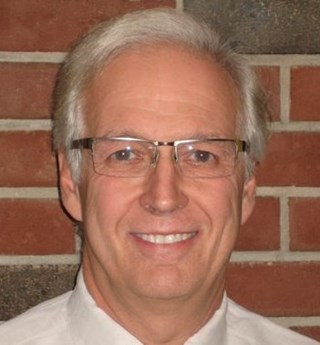 Henri Azibert spent most of his career at A.W. Chesterton where he was responsible for the mechanical seal and mechanical packing engineering staff and product lines. He is a member of the API 682 and 3A Mechanical Seal Standard Task forces and is currently the Technical Director for the FSA.