Power Generation is perhaps under even more scrutiny than other industries to clean up its act, due to our historical reliance on CO2 producing Coal Fired power stations which are frequently cited as a major factor that has led to Global Warming. The burning of fossil fuels to generate power is likely, however, to remain a core part of electricity generation for the foreseeable future.

Pressure Relief and Safety Relief Valves play a key role in the improved efficiency of closed systems, reducing efficiency losses of steam and pressure – and subsequently energy, whilst their chief function is to provide safe relief from overpressure. This is true for most conventional forms of power generation that involve the generation of steam to drive turbines. Coal, Gas, Oil, Nuclear, Geothermal and Solar Thermal all convert water to steam to power turbines and due to their ability to generate vast amounts of power reliably, they are here to stay.

Binary Cycle Power Plants use hot water (usually Geothermal, when the temperature is lower than that required to create dry steam or flash steam) to heat a Butane or Pentane hydrocarbon with a low boiling point in a closed loop system that flashes into a vapour directed over a turbine. The vapour exiting the turbine is condensed and recycled in the loop. The whole system is closed and under pressure, so again it is important to minimise losses of the hydrocarbon whilst also maintaining plant safety.

The performance of Pressure Relief Valves is not only dependent on the quality of their manufacture but also on the maintenance they receive and the aggressive nature of the duty in which they operate. Leakage through PRV’s is an important consideration and one that is addressed by API 576. Essentially all Relief Valves leak, it is just a matter of how much and how much is acceptable.

One thing is for certain and that is once a valve starts to leak it will inevitably get worse and there is a chance for corrosion to wear the seat and the internal components. A valve that operates too close to its set pressure will start to “chatter” causing wear and damage to the valve seat, leading to further increases in leakage. If the leaked media is a Hydrocarbon or is noxious there will be expenses from the cost of the lost media together with subsequent fines for contravention of stringent emissions legislation in both Europe and the US. In addition to this, plant operators have a natural desire for their plants to run as efficiently as possible, there is everything to be gained by running a plant as efficiently as possible with as little wasted energy as is feasible.

Maintaining peak performance is not easy or cheap, the regular maintenance of PRV’s is key to their performance and their ability to work properly when required to do so. For all of the above reasons there is a growing awareness of the benefits of isolating the Pressure Relief Valve with a Rupture Disc.

A Rupture Disc (also known as Bursting Disc) is a pressure differential membrane, usually metal, that bursts at a predetermined set pressure and corresponding temperature when required to do so. It is extremely accurate, very reliable and is often regarded as the safety device of last resort. It works without external mechanical input to relieve pressure when all other mechanical or electrical pressure regulating systems have failed. It is the pressure regulating equivalent of the fuse in an electrical system. It is a designed weak spot that has to break to prevent the system from over pressurising.

When used by itself, as the primary safety device, there is the issue that the entire contents of a pressurised system will be lost. When used to isolate a Pressure Relief Valve however, the operator is able to benefit from all of the advantages of a Rupture Disc with the added benefit that the system will remain sealed after the pressure has normalised. These benefits include the fact that when properly selected, Rupture Discs are totally leak tight, they allow for a very high (95%) operating ratio without “chatter”, remaining leak tight. Modern Rupture Discs are designed to burst without fragmentation, to withstand full vacuum, to withstand pressure pulsations from vacuum to 95% of the set pressure without damage and to totally isolate the PRV from the product being contained. In many industrial processes, this media may be noxious, toxic, corrosive or simply expensive. The Rupture Disc is a relatively inexpensive way of protecting the valve from this media. Sealing the system and protecting the Pressure Relief Valve from the potentially damaging media.

This concept of guarding the valve, “ValveGuard” to keep it in pristine condition ready for when it is required to operate, not only saves money – no loss of expensive product, it also allows the operator to save money on the valve trim as a Carbon Steel valve can be coupled with a Stainless-Steel Rupture Disc to give an improved performance at a lower capital cost.

Additional benefits to be had from isolating the PRV are in greatly reduced maintenance costs; If the Rupture Disc has not been required to operate, then the Pressure Relief Valve will still be in pristine condition resulting in much lower maintenance costs. The valve will have been protected from the process media, there will be no corrosion, no leakage and no damage to the valve seat or its internals.

Further benefits can be had by in-situ pop testing of the valve without the need to remove it for bench testing. The fact that the interspace between the Rupture Disc and the Valve seat must be monitored (usually with a pressure gauge and Tell Tale Indicator) allows the user to pressurise the interspace and lift the valve seat (pop test) without having to remove it from the line.

These are just some of the many reasons that smart plant operators are increasingly turning to a combination of Rupture Disc and Safety Relief Valve in series to provide the ultimate in plant safety whilst reducing their overall costs. 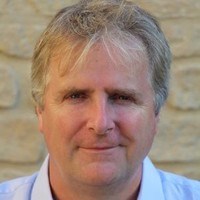 Michael Hunt is a Business Development Manager for Fike Corporation,
a world leader in Rupture Disc Technology. He has over 25
years of experience within the industry working across Europe, Africa
and the Middle East servicing the Petrochemical, Oil and Gas,
Chemical, Pharmaceutical, OEM and Power Generation markets,
helping to provide pressure relief for the most demanding applications.