As the drive towards good environmental stewardship continues to intensify, Liquified Natural Gas (LNG) has been making great strides as the cleaner burning “fuel of choice” for shipping and transport. Written by By Sean Andersen, LNG Specialist, Dixon Valve and Coupling Company.

LNG is a cryogenic natural gas, cooled to its liquid state of minus 162 degrees Celsius (minus 260 degrees Fahrenheit). In converting natural gas to LNG, the volume is reduced by about 600 times, allowing it to be stored and transported effectively.
Once delivered to its destination, LNG is warmed back to its original gaseous state so that it can be used like any other natural gas resource for heating and cooling, cooking, generating electricity and powering manufacturing/processing operations.
The transport of LNG has been around for decades, but its growth trajectory has never been higher than it is today. The reason is quite simple: LNG fills a need driven by the stricter environmental requirements for the shipping industry, which dictates that traditional bunker fuel must be replaced by the use of cleaner fuels. LNG is a special fuel because it requires no after-treatment to meet emissions control and other environmental requirements.
Beginning in 2015, new international emissions regulations apply to sulfur in sensitive marine environments—particularly in “first world” regions such as Europe and North America. Additional regulations covering nitrogen oxides and particles, plus carbon dioxide and other greenhouse gases, will go into effect in 2020.
The International Maritime Organization (IMO), an agency of the United Nations, has also issued sanctions against the availability and use of “dirty fuels” after 2020, so ship owners and operators are actively seeking alternative fuels that can meet these more stringent emissions criteria.
As our society adapts to these stricter environmental and climate change realities, LNG is a star performer in a number of ways:
• LNG reduces nitrogen oxide emissions by approximately 90%
• LNG causes virtually no sulfur emissions or particulate emissions
• LNG reduces greenhouse gas emissions by approximately 15%
In short, converting to LNG fuel means more than meeting the new emissions control requirements—which is something no other fuel can accomplish.
Marine Leads the Way
LNG technology for ships is highly developed—and also highly beneficial:
• LNG engines, available as new or converted models from global manufacturers such as Caterpillar, MAN, Rolls-Royce and Wartsila, are energy-efficient and have low emissions
• The price of LNG is often lower than the price of petroleum
Moreover, the market for LNG is set to undergo dramatic expansion as more LNG terminals in North America and Europe are scheduled to come on- stream by 2020.
According to industry estimates, by 2025 LNG is expected to account for nearly 15% of the entire fuel bunkering volume in Europe, and close to that percentage in North America. 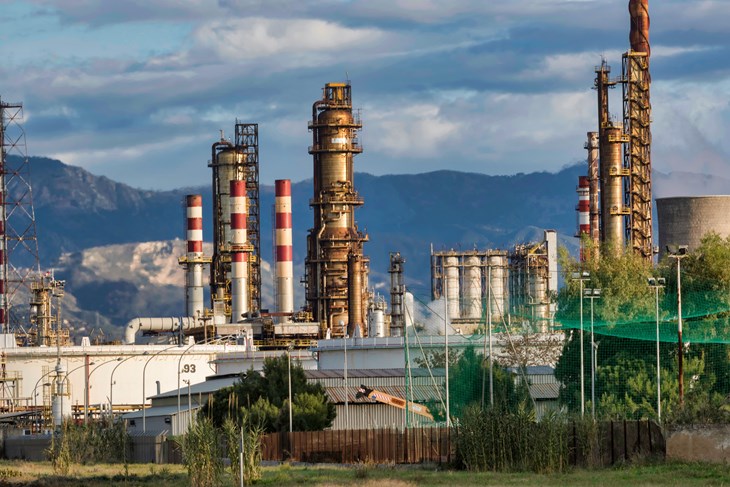 LNG Transfer and Bunkering Methods
The transfer and bunkering of LNG involves ships, tanker trucks and onshore facilities:Ship-to-ship LNG transfer operations include oceangoing vessels under- way or harbor operations where a moored ship is typically docked at a pier. It can involve either a cargo transfer or a fueling operation for an LNG-propelled ship. Either way, the transfer operations demand strict safety standards and flawless execution considering the factors involved with two ships at sea.
• Shore-to-ship operations involve LNG being transferred to a ship from an onshore storage terminal or depot. Shore-to-ship operations are performed in sensitive environments where safety concerns are critical. Of paramount importance is the need to have simultaneous operations (SI-MOPS) happening at the same time as the fuel transfer, as minimizing time in port helps keep operating costs in line. Operations such as crew changes, offloading/onloading of cargo, plus passenger departures and arrivals on cruise lines and ferries play a role in optimizing operational efficiencies and keeping their related costs under control.
• Truck-to-ship transfer operations occur where ships and ferries are fueled from tank trucks.The fueling is either a direct transfer from a tank truck to the ship, or a system where several tank trucks connect to a fueling skid which then delivers the fuel to the ship. As these operations involve a number of tank trucks moving in and out of position to unload fuel for passenger ships and ferries, safety is of utmost concern.
• Terminal or port waterway operations cover both loading and unloading of LNG tank trucks or LNG barges.They’re typically well-defined methods and procedures, involving operators at the same transfer location working repetitively with the same equipment.
The key to proper LNG bunkering is not allowing any of the methane—a greenhouse gas 20 to 30 times more harmful to the environment than carbon dioxide—to escape during the transfer procedures.
The best LNG transfer systems feature safe and reliable designs and operational ease-of-use, adhering to numerous international class society Type Approvals such as ABS (American Bureau of Shipping), BV (Bureau Veritas), CSS (China Shipping) and DNV GL, as well as bodies such as PHMSA (Pipeline & Hazardous Materials Safety Administration), SGMF (Society for Gas as a Marine Fuel), the U.S. Coast Guard and others.
Precision Manufacturing to Meet Safety Needs
Over the past decade, several companies have established themselves as international experts in the design and functionality of the various components that make up LNG transport systems:
• Dry cryogenic couplings
• Cryogenic breakaway couplings (standard and cable type)
• Powered emergency release couplings (PERCs)
• LNG transfer hose(composite material)
• LNG transfer hose (stainless steel)
• LNG transfer hose assemblies
The superior quality and functionality of these components are based on years of experimentation and evaluation of temperature differentials and how they affect the expansion and contraction of different materials used in the components. These factors include polytetrafluoroethylene seals (commonly referred to as Teflon®), the engineered stainless steel mating components and how they are energized. It’s a complex combination of engineering and scientific factors that includes careful evaluation of surface finishes as well as the geometry of how and where the seals make proper contact with the mating components in extreme-cold temperatures.
About the author
Sean Andersen is a product manager and LNG Specialist at Dixon, a USA-based global manufacturer and supplier of hose couplings, valves, dry disconnects, swivels and other fluid transfer and control products. In addition to working closely with customers to evaluate, design and deliver custom LNG transport and bunkering systems, Andersen is active in numerous industry organizations and societies. He is currently a member of the Chemical Transportation Advisory Committee (CTAC) Sub-Committee on LNG and of the American Society of Testing and Measurement (ASTM) committee that is developing specifications and requirements for LNG fueling.