Valve World Americas had the pleasure of speaking with Larry Wilkerson, Supervisor of Air Fugitives at the Andeavor's Golden Eagle Refinery in Contra Costa County, California. He was delighted to discuss how he ended up in an environmental role, the main cause of leaks at the plant and the measures that are taken to prevent them from occurring.

Larry’s career in the refining industry began in 1979 when he worked as an Operator at Texaco Refining and Marketing. Learning the intricacies of the job and gaining more knowledge about the industry as a whole sparked a deeper inquisitiveness in Larry, and so he enrolled in educational classes that focused on the ins and outs of petroleum and environmental technology. While Larry openly admits that these classes were initially a way for him to merely gain self-knowledge, he slowly but surely used this information to work his way up through the ranks. He soon became a Production Coordinator and spent 26 years working at a Shell refinery before it was sold. Larry, however, was fortunate enough to be offered the opportunity to stay with the company and take over the Air Compliance Department. Using the knowledge he had learned throughout the years, Larry took on a role that was new and foreign to him. 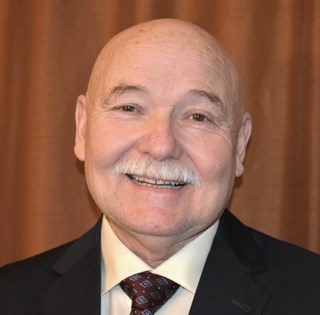 “I didn’t really know what I was getting into, but I took what I knew, both operational and environmental, and applied that to the job,” he explains. “I then had an offer from Tesoro to come to the Bay Area in California as a Supervisor in the operations department. After a few years, I had an offer to take over their fugitive emissions program and bring it to the level of a Tier 1 program. That’s how I ended up where I am today.”
Larry is currently the Supervisor of Air Fugitives at the Golden Eagle Refinery in Contra Costa County, California. He is primarily responsible for coordinating the LDAR program, assisting in the routine inspections for compliance and managing the QQQ and HES MACT programs as part of the Environmental Department. Larry also manages an inhouse LDAR program at the refinery. Though this is uncommon, it works well at this facility. His daily duties tend to involve monitoring the database, assessing the status of inspection and repairs and attending meetings.
Larry’s day is fast-paced and doesn’t focus solely on LDAR (Leak Detection and Repair), as many would assume. He mentions that his routine changes from day-to-day; regulatory reporting, interaction with operations and maintenance is just a small portion of his day.

“Being in the Bay Area means that we’re subject to some of the most stringent regulations in the country, and the rules are continuously changing. We’re currently implementing the latest rule changes by the local APCD (Air Pollution Control District) – all the refineries in the Bay Area are collaborating as part of a joint effort,” says Larry. While this can be a challenge, Larry is lucky in his current role as he is constantly meeting and working with new people. He says, “Often times in a refinery you get stuck working with the same people and you almost never venture out of that realm. In this role, I work with a lot of the same people but I also work with new people every day. Whether it’s in the refining sector or in the regulatory area of the business, there’s always somebody new to meet and something new that comes up. That’s what I enjoy.”

Issues in an Aging Plant
The plant that Larry works at is over 100 years old, and because of that there are numerous problems that occur due to aging equipment. As the machines and the components have been built at different stages throughout the lifetime of the plant, there tends to be issues when it comes to isolating the fault.
Larry explains that many years ago plants weren’t worried about isolating the problem as VOC (volatile organic compound) leaks were not a concern. However, nowadays if there is a leak in the system it can be nearly impossible to repair the equipment to meet today’s standards without having to shut everything down. In older plants, process units were not designed with isolation valves for each individual section of the unit. “That can be really challenging,” he says. “You may have to do a complete shutdown and take everything out of service. We can delay the repair (DOR) if it meets the requirements of the APCD rules, but we only use that option if there is no other alternative.”
Despite the older status of the plant, Larry doesn’t encounter many problems with obsolescence. The plant is systematically updating the equipment to more energy efficient, environmentally friendly standards as time goes on.
For example, at Andeavor’s Martinez plant, a large gas fired steam turbine which was like a jet engine was recently upgraded to an electric motor to drive a compressor, resulting in significantly lower NOx emissions. This is one of the many ways in which the refinery is upgrading to become an efficient and regulatory compliant facility.
Methods of Leak Prevention
When it comes to working in a refinery, particularly as part of the Environmental Department, the prevention of leaks is a key aspect of the daily operations. To prevent leaks from occurring, the material of choice for much of the equipment, including pumps, hoses, coupling and valves, is stainless steel.
This equipment is essential in nearly every application throughout the plant, from pumping the water to controlling the flow of material, and everything has to be leak-free. “Whether it is a temperature related or process related application, you have to have something that’s corrosion-resistant – even in a water service application,” says Larry. While the plant has nearly every type of metal alloy one could imagine, including copper and steel, Larry says that stainless steel is one of the more critical materials in use. However, although material selection is an important factor in leak prevention, issues can still occur.
“When I first took over this department we had a lot of issues with our hoses and couplings at the gasoline loading rack,” says Larry. “They were always leaking. However, I was familiar with this regulation, which was fairly new at the time, from having worked at the Shell terminal in Central Valley. So, we upgraded to better equipment to meet these regulations and put a repair program in place. I went to the terminal and trained the operators on how to recognize signs of leakage and repair methods. That’s a particularly successful program we have in place today.”
In addition to the repair program, Larry elaborates that the plant takes further measures to prevent leaks from occurring. He has trained his technicians to do the initial repairs of the valves, which are the most common cause of leaks in Larry’s experience, in particular the valve packing. Because of this training, his team has fixed approximately 80-90% of the plant’s leaks on the first attempt, as regulations in the Bay Area require leaks to be minimized within 24 hours and final repairs completed in 7 days. “Between the repairs, inspections, better quality packing and doing the right work at the right time, our leak rate is below one percent and has been for several years, which is incredible,” says Larry. “SAGE Environmental did our last audit and they were very impressed.”
Low-leak Technology
As more and more regulations are introduced into the industrial sector, particularly by The Environmental Protection Agency (EPA), new developments in technology are essential in ensuring refineries are able to comply with these new rules. One innovation that Larry mentions as having a real benefit is certified low-leak technology which is being added to a lot of consent decrees. While the Golden Eagle Refinery is exempt from this due to their low leak rate, they use this technology nonetheless. This, as Larry explains, is essential for the upkeep of the plant.
Additionally, Larry helped set up tracking methodologies for other plants throughout the corporation. He says, “It’s making a huge difference in helping other facilities adhere to the more stringent guidelines of the consent decree. We’ve come a long way in being able to certify valve packing to be 500ppm or less. Here at Andeavor Martinez we’re currently at 100ppm, the lowest standard in the world.”
While chronic leakers used to cause many of the issues in the plant, this is now being prevented due to better reliability practices, high quality products and ensuring the correct component is selected for the correct service. To add to that, Larry mentions that new technology such as Infrared (IR) Cameras are also useful in detecting and keeping the level of VOC leaks down.
Larry’s optimism is evident, as is his outlook on the future of the industry. He believes that the industry as a whole is going to continue to grow, and stresses that the amount of time that has been devoted to environmental progress is staggering. “I have seen so many changes since I began working in this industry. Emissions were sent off into the atmosphere and solid materials were washed down the sewer. That’s unheard of now,” he says. “Between the safety and environmental changes that have happened over the last 40 years – I’m just amazed. It’s good to have alternative energies going forward and to be environmentally-conscious. But we need oil and gas. We’re not going to survive without it.”