In Yannick Schilly’s expansive career he has helped small and medium-sized factories accomplish the sophistication of mega corporations. In the ever-growing global drive to expand the capabilities of the Industrial Internet of Things (IIoT), Schilly has seen first-hand the advantages of using intelligent valves and equipment to build factories of the future.

It is exciting when valves and other equipment communicate with people— sending complex data through the air to predict maintenance, prevent failure through predictive analytics, and enhance performance. But the future of the IIoT involves an even more sophisticated evolution where devices communicate with each other to solve problems and even make decisions. The 4th industrial revolution will make history with the emergence of so-called “cyber-physical systems,” which enable the evolution of artificial intelligence.
“Going from the simplest valve, to the newest advanced solutions and applications, the biggest evolution is that valves are getting smart,” said Yannick Schilly, President and CEO of Mason Ohio (Greater Cincinnati), USA-based Altix Consulting, Inc., a management consulting firm that helps middle-market companies compete with top-level corporations by integrating the latest in automation, robotics, and artificial intelligence. “We have seen a lot of sensing technology in the past couple of decades. Valves and actuators via sensors and electronics communicate to a higher level with PLCs and with computer systems to control your shop floor and to bring information back to a higher level of intelligence—like MES or ERP systems. I think the biggest evolution with the Industrial Internet of Things is that devices have become even more intelligent. Devices can now talk to other devices and trigger actions and decisions.”
Devices have been communicating via computers to people for decades through HMI (Human Machine Interfaces), so that is not new, Schilly explained. “Sensing technology has been around for a long time and is very sophisticated. What is completely new is that devices talk to devices and the devices then talk to the computer and the computer will start to predict maintenance, make suggestions, and even make decisions using built-in artificial intelligence. With big data applications, we can extract a lot of information from industrial systems in ways we have not been looking at in the past.”
For industry and manufacturing, this means a couple of things. “First of all, we can predict what will happen and better anticipate and prevent machine shutdowns,” Schilly explained. “Also, this data helps us to continuously improve the performance of an asset. We are living in an ultra-competitive world, and in an absolutely global and connected world. In the past, a valve producer out of Cincinnati was competing with a valve producer in Cleveland. Now you are competing with companies in Vietnam and China you have never heard about. The consumers, while having a certain loyalty to their country or to their brand, are permanently driven to cost efficiency. They will buy exactly the product they need for an application, no matter where it is made or by what company.”
Schilly said valves are getting smarter with integrated electronics and integrated intelligence. He predicts we will continue to see a trend of smaller, smarter, integrated valves with built in intelligence, which will enable billions of devices to permanently exchange data and process big data.
Background and Experience

Schilly has seen the IIoT at work from both sides and from all over the globe— as a corporate leader, and now as an end user helping other companies build factories of the future.
A foreign French National, Schilly is from the region of Strasbourg in the northeastern part of France. He went to school in France then studied industrial engineering and business (bachelor) as well as business and general management (MBA) in Germany. In 1994, he began working for Festo, a sophisticated German automation company that is one of the largest producers of valves in the world. He spent 15 years with Festo’s German headquarters in different roles—production, production management, product design, industrial engineering, industrialization of new products, and also worked closely with international European customers for different industries in automotive, food and beverage, and even in the modern agricultural industry where he experienced using robotics to milk cows.
In 2010, he moved with his family to China to spearhead the integration of a company Festo had acquired.
“It was a large factory with 1,000 employees that offered a lot of added value with in-depth manufacturing and sophisticated technologies—like aluminum die-casting, plastic injection and plastic extrusion, machining, tool and die making, assembly and logistics,” Schilly said. “We had to completely transform the culture of the company where the Chinese and German cultures come together. It was my role to transform a low-performing, smaller Chinese company into a high-performing German champion. This involved bridging the leadership differences and getting everyone onboard with the journey of this big transformation in addition to implementing new buildings and new technologies.”
Then Schilly and his family moved to the United States, where his first role was to move a factory from Long Island, New York, to the Midwest and make it a factory of the future. “My role was to manage the relocation and establish a new standard for these operations in North America. We had to create an evolution to a higher technology level and more sophisticated warehouse automation.”
During his 25 years of corporate experience, Schilly was passionate about international business, the world of factories, the world of robotics, and the world of engineering. With a keen awareness of a global world that continues to be more inter-connected and more integrated, and with a strong passion for entrepreneurship, Schilly decided to leave the corporate world and start his own business.
“At some point I realized we needed to establish a stable home for the family,” he said. “My wife is from Russia, my son was born in Germany, my daughter was born in China, and I am from France. We have a third child on the way who will be American. We decided to stay in the U.S., which we love and is a huge country with a great business climate, and a huge market with a strong manufacturing base.”
Altix Consulting was formed a year ago.
“The business assumptions we had with regard to business transformations and the factories of the future, and with some companies having challenges adapting to the idea of Industry 4.0 with automation and robotics, artificial intelligence and virtual reality, we saw that we can help the middle market CEO or business owner learn how to prepare for this evolution and help them get there,” Schilly explained. “Our approach is to help these companies develop integrated strategies by looking at their business model, the market, their maturity level, the products and services they offer, and their digital maturity. From where they are today, we help them develop incremental steps to first see what the company can afford in their journey to move toward a factory of the future, their state of competitiveness, and how to prepare their team for the transformation—from the technical side and the process side, from the product side and also the organization and skill side.”
Even with the onslaught of robotics and automation, Schilly understands that the human element and talents are the most critical assets of the companies.
“You can buy the best buildings and machines in the world,” he said. “You can buy the best CAD systems in the world to design the most modern valves in the world, but what if you do not have the engineer who masters the CAD system, or if you do not have the operator who masters the complexity and the use of that modern CNC equipment? At the end, everything needs to fi t together like a high-performing sports team. I like to use the Formula 1 image because it is a technical sport and a team sport. If you look at the performance and alliance of the technology—the people, the process, and the management system—it is a perfect image to translate to an enterprise. Even with the most advanced equipment and automation, you still need the human intelligence to bring it all together.” 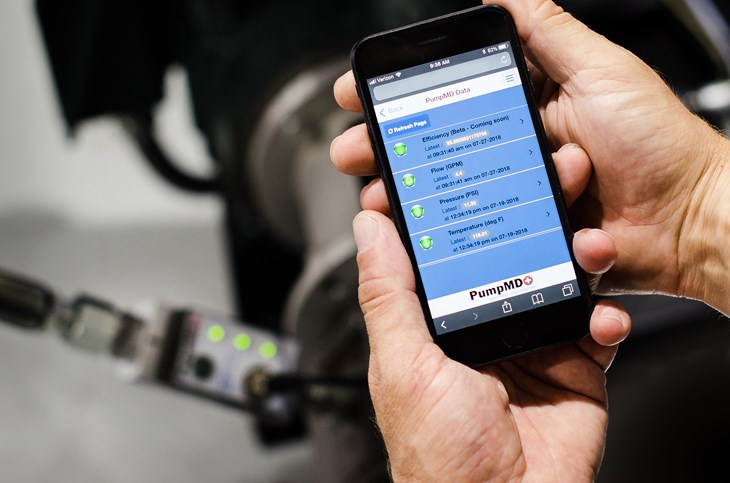 Read Part 2 of the article on October 14th!