Dubai Electricity and Water Authority recently reported that it expects to float a tender for its mega Hassyan power and seawater desalination complex in March. The new complex, to be commissioned in 2014, is to have 1500 MW power generation capacity and 120 million imperial gpd of desalination capacity. Mr Saeed Al Tayer, MD & CEO of DEWA, said that they expect to commission the plant in 3 years, by 2014 and that that local and regional developers have shown good interest in the project to be built near the Abu Dhabi border. It will use natural gas as feedstock. 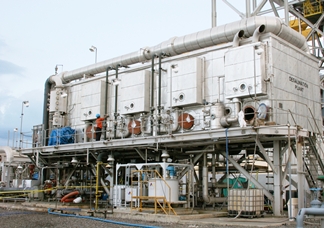