Steve Butler, Valve, Piping and Gasket Subject Matter Expert, has been working in the petrochemical industry for over 28 years in the fields of static equipment, rotating equipment, reliability and safety. Valve World Americas recently had the pleasure of meeting Steve in Houston, Texas to discuss his experiences with product testing and his thoughts on the lack of new engineers entering the valve industry – one of the industry’s biggest issues. Written by Sarah Bradley

Out With the Old, In With the New
Valve World Americas first interviewed Steve almost 6 years ago and so we were eager to learn what had changed, or remained the same, since we last spoke with him. In 2012, Steve’s job with Shell was mainly focused on technical support for operations in America, as well as supporting valve manufacturing, testing and auditing. Steve became responsible for overseeing 9 different sites: 7 in the U.S. and 2 in Canada. Overall, Steve’s responsibilities involved troubleshooting and assisting with valve selection, piping, drawings and specifications, and making sure they were validated and in-line with the company’s process safety requirements and engineering practices. Not only that, but he was responsible for ensuring Shell’s MESC catalog is utilized to its fullest at each site and project.
Testing & Failures
Going back to the topic of fugitive emissions, Steve comments that he still experiences leakages and issues with valves not performing how they were intended. He adds that one thing that has always puzzled him is (prior to the development of API standards addressing valve fugitive emissions leakage testing) when a valve is labelled as being a ‘Low-E valve’, what is it based on? “Is it based on API 622, which is tested on a testing rig? Is it based on ISO 15848? Is it just based on testing the manufacturer did? If the valve is classified as being a low emissions valve, there has to be some standard that it is based on,” he says.
Steve has been involved in a lot of testing, especially with Shell’s Design Validation Testing (DVT), formerly know as Type Acceptance Testing (TAT). This testing identifies valves that do not perform as they are advertised. For example, a valve may be advertised as being suitable for certain temperatures. Steve will then test these valves at the maxi- mum pressures at those temperatures, and has seen a lot of valves fail this testing; packing that oxidizes at 200° C in valves that have been rated for 400° C. “It is just amazing because the reliability of the valve is just not there and that is why we do the testing that we do. A lot of these companies are new to doing the DVT, which involves subjecting the valve to a seat test, fugitive emissions test and a torque test, all while under pressure,” says Steve. “Since October 2016 we have probably done testing for about 8 different manufacturers and not one of those companies has passed everything completely. Do not advertise your valve to work under certain conditions if it will not really work, especially if you are not going to test it to make sure it does.” While Steve understands that companies need to cut costs, he does emphasize how frustrating it can be when a valve that was supposed to be delivered for a project fails Shell’s test. The company then needs to make design changes which results in major delays for the project overall.
He also attributes many problems to a lack of clear communication. He refers to one instance in which the castings and machining of the body of a valve was completed in China and was then sent to the U.S. A dimension changed and was captured on the drawing in China but not on the drawing in America. There ended up being more clearances and it eventually leaked. Also, another company used graphite in the packing of their butterfly valves, but they changed the mine from where they sourced the graphite. Instead of being able to withstand temperatures up to 800° F, the new graphite was only able to withstand temperatures up to 600° F. “They were still advertising their valves as being able to withstand temperatures of 800° F, but when we were testing it the temperature reached 600° F and it disappeared. It had oxidized. The original graphite that was used was able to perform up to 800° F, but this was not the case with the new material. This change had taken place two years before we tested the valve. This means that the valve had been sold into our industry not performing as it was supposed to. Things like that can happen and that’s why we need to do this testing,” explains Steve. 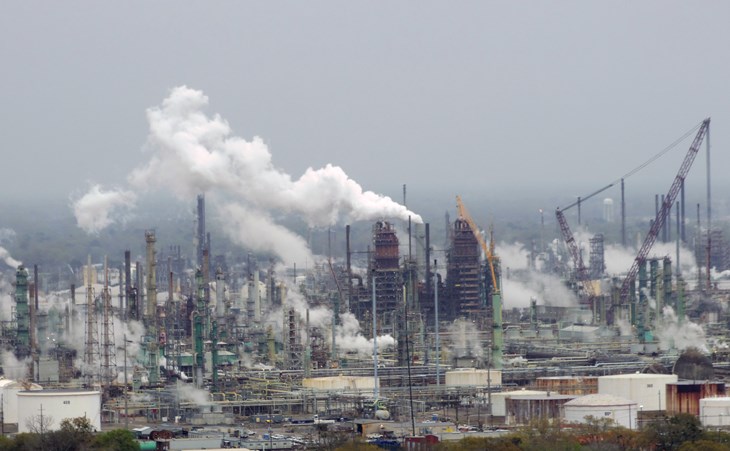 Addressing Industry Challenges
Towards the end of the interview, Steve discusses the lack of young engineers entering the valve industry, and discusses his concerns about the amount of engineers who are retiring versus how many new engineers are entering the valve marketplace. However, he does not believe that there is a technical shortage coming out of college, but that there is a shortage of graduates specifically going into the valve industry. “I do not think pipes and valves are very thrilling for young graduates. The pressure vessels, heat exchangers and pumps are where they believe the gusto is,” says Steve. Steve is of the opinion that this is due in part to the lack of innovation coming out of the valve industry. He has not seen any new technologies being created and a lot of companies are getting rid of their R&D and engineering departments.
Looking to the Future
Steve is hopeful that in the future the industry may begin to invest further in innovation and stresses the importance of needing to inspire the next generation of engineers entering the workforce. He is also positive about his future in the industry and the possibilities ahead of him, having recently retired from his role with Shell.
“As for my future, I am open to new possibilities in the industry, including consulting. I am a Professional Engineer licensed in several states and I am always open to opportunities where I feel I would be a good fit or could provide assistance. For now I am getting caught up on projects that need doing around the house along with tinkering, dabbling, and spending quality time with my family,” he says.