Garza likes to stay current in the area of technology, so that he doesn’t become obsolete. Garza explains, “It’s important for me to know my own limitations. If I can answer someone’s problem relatively quickly, I will. If their problem is truly beyond my level of expertise, I’ll direct them to someone with more expertise in their problem’s particular area.” When it comes to ExxonMobil’s sustainability, developing its engineers-of-tomorrow is among Garza’s most enjoyable and most important responsibilities. Garza expands, “It’s one of my roles to identify gaps in skills and train- ing, and make sure we develop training programs to fill those gaps. I enjoy helping people solve problems along with providing ‘the why‘, rather than just giving them the answer. I also like the fact that ExxonMobil has high ethical standards and a very strong safety culture-one known for getting things done properly, without compromising safety or cutting corners. There’s never a dull moment. There’s always a unique set of challenges requiring someone’s attention. You just need to keep your eyes and ears open,” Garza concluded.
Valve Selection
When we asked what the X’s & O’s of valve selection were Garza said, “The key is selecting the right valve for the service, or ‘Fit for Purpose’. What are you intending to do with the valve? Is it strictly an on/off valve, or will it be throttled? Does it need quick closure? Selecting the soft goods and metallurgy correctly is paramount. You have to know what’s in the fluid. Are there drag reducing agents? Is there any methanol or amines? Are there any corrosive substances in the fluid? Choosing elastomers can be tricky. While there is guidance on what elastomers to use in certain fluids, that guidance typically applies to pure components under atmospheric or other temperatures and pressures (not typically high pressure and temperature combinations).” Garza continued, “One common practice, when we don’t have experience with how a particular elastomer will perform in a certain fluid operating environment, is we’ll test that elastomer in an autoclave (in a lab), under conditions similar to actual operating temperature, pressure, and fluid composition. This test will show us how that elastomer will perform in a specific operating environment. Another risk to elastomers is mechanical damage from explosive decompression. Some O-ring materials and their accompanying groove design can withstand pressures well in excess of Class 600. However, fluid composition, temperature, and pressure could affect O-rings at lower pressures as well. Therefore, lab testing is recommended for elastomers in operating conditions where there is limited or no experience. If elastomers do not perform satisfactorily, it may be necessary to change the elastomer hardness and or compound, or possibly switch to lip seals.
Moving on to selecting metallurgy, Garza began by saying, “Today there’s a lot of exotic metallurgy being specified, sometimes driven by the unique internal and external operating conditions in today’s upstream environment along with other factors. Examples of typical drivers include:
• The need for reduction in size and weight (to allow cost effective modular construction in a remote fabrication yard; smaller size to meet ship- ping dimension criteria)
• Unique fluid properties(to mitigate issues such as cracking and corrosion)
• The need to mitigate against corrosion issues (corrosion under insulation, corrosion under pipe supports, chloride stress corrosion, cracking,)
• The need to operate in arctic conditions (often to mitigate brittle fracture issues)
20+ years ago, a lot of these exotic metals may have existed, but in Upstream ExxonMobil, they were not specified very often, nor needed. Given the criticality for the proper material and elastomer selection, larger oil and gas companies often employ expertise in these specific areas.” Garza acknowledges, “I’m grateful for, and often take full advantage of the in house experts’ capabilities, particularly when it comes to valve material selection.” 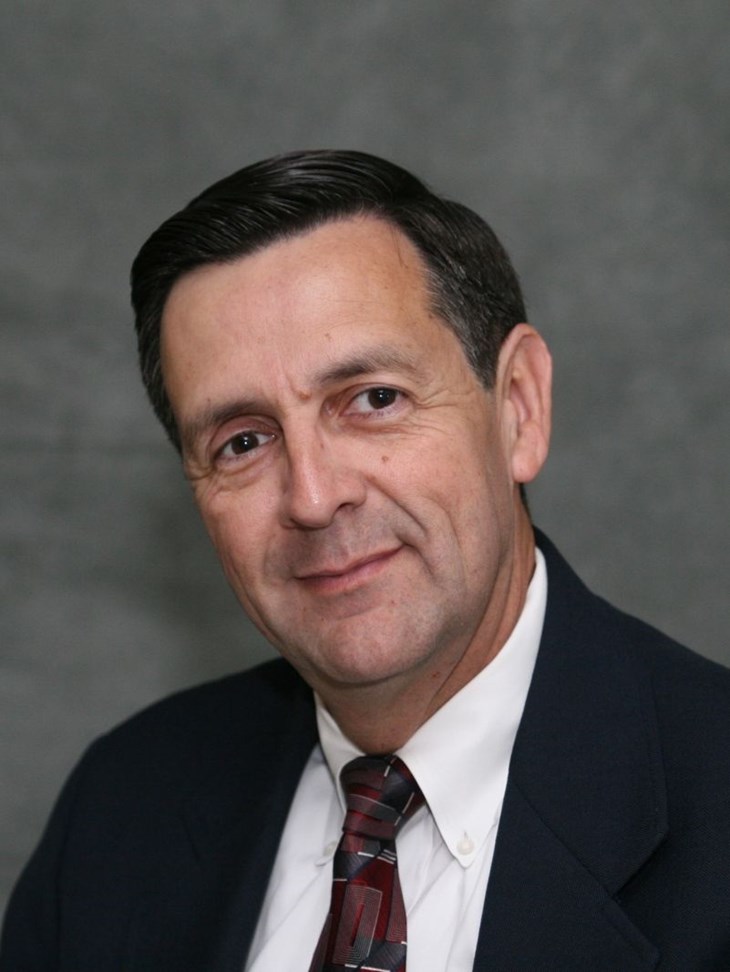 The Importance of Knowing What You don’t Know
When we asked what Garza finds most challenging about his position, Garza replied, “Getting people to understand that piping and valves, however simple they may be perceived to be, are anything but. There is a lot of science, and some art, to getting a pipe system (valves, connections, fittings, etc.) to operate flawlessly. Most of the time, these systems are installed without incident, so those rarely receive any attention. However, when something does not work as planned, there is a considerable amount of attention focused primarily on what went wrong. In order to truly be called an expert you’ve got to know what you don’t know, and that takes quite a bit of experience. It’s easy to oversimplify something if you haven’t been exposed to the many things that can go wrong.”
For instance, Garza explains, “The capabilities of a Double Block and Bleed (DBB) valve are often confused with those of a Double Isolation and Bleed (DIB) valve. This is because many within the industry have, and continue to treat those terms synonymously, and manufactures don’t always understand the intended purposes for their valves. Ultimately, it’s the facility designer’s responsibility to understand the intended purpose of a valve and be familiar with the capabilities of each type, to ensure selection of the optimal valve for the service. The criticality of this step in the design process becomes apparent during activities such as on-stream equipment isolation, depressurization of a high pressure system to flare, meter prover loop isolation, and similar activities involving valves.“
Garza conveys an example, “Assume normal operating conditions are such that a valve’s upstream side is going to be pressurized, while the valve is closed, and the downstream is not (e.g. pressure released). Let’s say that when putting the system together a process engineer orders a DIB valve, but by mistake the supplier provides a trunnion-mounted ball valve with self-relieving seats on the upstream and downstream sides of the ball. If the process or design engineer doesn’t understand the valve’s isolation capabilities and/or limitations, and installs it as a DIB valve (and labels it as such on the project documentation), there is potential for the following issue during a process isolation involving maintenance against what is believed to be a closed double positively isolated valve: the upstream seal could have a small ’passing’ type leak (e.g. leaks past seat), which should be vented freely to a safe area via the opened valve’s cavity bleed.

However, if the cavity bleed were to become obstructed due to liquid freezing (DP across a closed valve) or dirt/debris in the valve’s cavity (not uncommon), it would pressurize up to the downstream seat’s self-relief point (roughly 50 to 200 psi depending on the valve specifics, but could possibly be higher). This would result in a release of process fluid towards the opened (for maintenance) end of the pipe system downstream of the valve, which could lead to a hazardous incident (such as the potential creation of a flammable atmosphere, or potentially exposing personnel to process fluid, or potential injury from loose objects being ejected from the line). Had the valve been a DIB type, as originally intended, then the area between the seats pressurized as described above, would not self-relieve since this type of valve positively seals both sides of the valve. Garza continues, “The designer has to understand, from API 6D perspective, that a DBB valve’s downstream seal (assuming use of self-relieving/single piston effect seats) will only be energized when there’s pressure applied on that end of the valve; otherwise, in the case of a trunnion mounted ball valve with self-relieving seats, the only thing holding it in place is a spring.” Garza concluded, “The ultimate challenge is in knowing what it is that you don’t know. In the example given above, the potentially hazardous incident may arise if the designer either does not understand the difference between DIB and DBB valves (many in industry are not familiar with the definitions in API 6D and thus do now know there is a difference), or does not know the capabilities and limitations of the trunnion mounted ball valve quoted by the sup- plier (sometimes designers and/or end users do not understand which valves are capable of what type of isolation). In any circumstances, local maintenance isolation policies should control or dictate minimum isolation standards for these situations.” 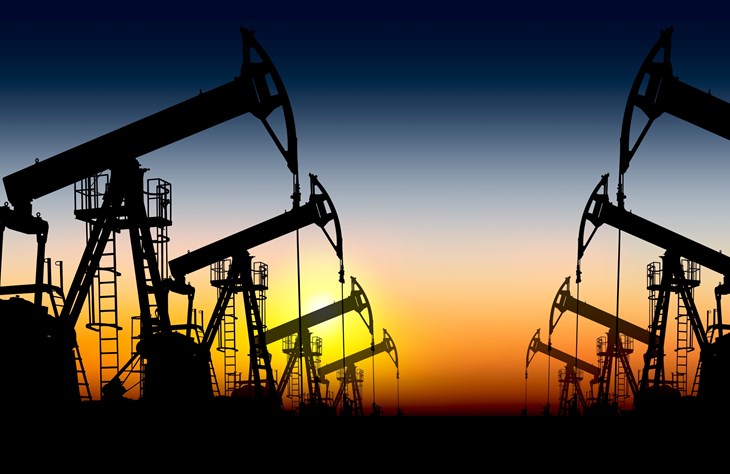 About the expert
Garza’s mechanical training started as a youngster in small engines, progressed to automotive and industrial diesel engines, followed by aircraft maintenance for the U.S. Air Force. After the service, he earned his B.S. in mechanical engineering from Texas A&I University in 1990. After graduating, Garza was hired by ExxonMobil (then Exxon) as a facilities engineer. Still with ExxonMobil today, Garza is a Sr. Mechanical Consultant with a focus on static equipment.