Martin Ryan fell into the world of piping and valves, almost by accident. After a few years as an engineer in the automotive industry, he relocated to the oil and gas capital of Australia. Martin was involved with several oil and gas projects as a mechanical & piping engineer and began engaging with numerous valves and their applications. In 2012, Martin relocated to the USA where he transferred to the chemical industry where he continues to be involved with valves and valve applications.

By Brittani Schroeder and Sarah Bradley
In 2012, Martin was transferred to Houston as a lead for Worley Parsons on Exxon Mobil’s Hebron Project. After that project finished, he worked on several smaller projects in Houston with Worley Parsons, before travelling extensively, and receiving a job offer from Covestro. “My first day was supposed to be the day after Hurricane Harvey hit. I got a call, and my first day was pushed back a week because of the ten feet of water in the front yard outside,” Martin recalled. Since then, he has been working in the chemical industry.
Creating Global Standards
Martin is currently a Senior Mechanical Engineer at Covestro. Formerly Bayer Material Science, Covestro is driven by innovation and sustainability, and aims to “make the world a brighter place.” Covestro is among the leading suppliers of premium polymers – advanced materials that help make every day products lighter, stronger, safer and more sustainable. In many cases, Covestro products serve as suitable replacements for conventional materials such as steel and glass. The company’s materials and application solutions are found in nearly every area of modern life. Innovation and sustainability are the driving forces behind the continuous development of the company’s products, processes and facilities.
With operations around the world, Covestro seeks opportunities to align best practices, streamline processes and adopt global standards where possible. Germany, China, and the United States use different internal engineering standards as they had been developed to align with industry codes such as ASME in the United States. Covestro’s goal is to have everyone using the same engineering standards where possible. Martin’s role in the company? Answering a lot of questions, maintaining the piping specifications, piping AMLs and providing technical support. He handles queries ranging from technical questions about valves, piping and gaskets, to whether or not engineers can use different parts to solve a problem.
With global standards also comes an approved manufacturers list. These manufacturers are vetted through trials and audits to ensure they can meet the company’s high standards in such areas as safety, quality and performance. Their proven track records—and being able to deliver on what was promised—is what brings manufacturers on to the approved list and keeps them there.
Nothing Comes Without Its Challenges
Originally coming from an EPC company, Martin enjoys working at Covestro largely due to it being an operating facility. When working in the oil and gas industry, he would be heavily involved in the design portion of the projects, and by the time it was close to commissioning, he would already be working on another project and never had the opportunity to fully appreciate the outcome of his work. Now, Martin can get instant feedback from the people using the items he has specified, rather than just specifying something on paper and then moving on to a new project. Martin can go out and look around at the units and see any concerns for himself. If they have issues, he can talk to the people using it directly, instead of only corresponding through email.
Martin indicated that he finds the chemical industry much more varied from a process point of view compared to his previous roles, and his days are rarely the same. As Covestro moves forward and revises and updates documentation and procedures, Martin takes on each new challenge happily. He likes the diverse range of work and enjoys that he is helping shape the company’s future. 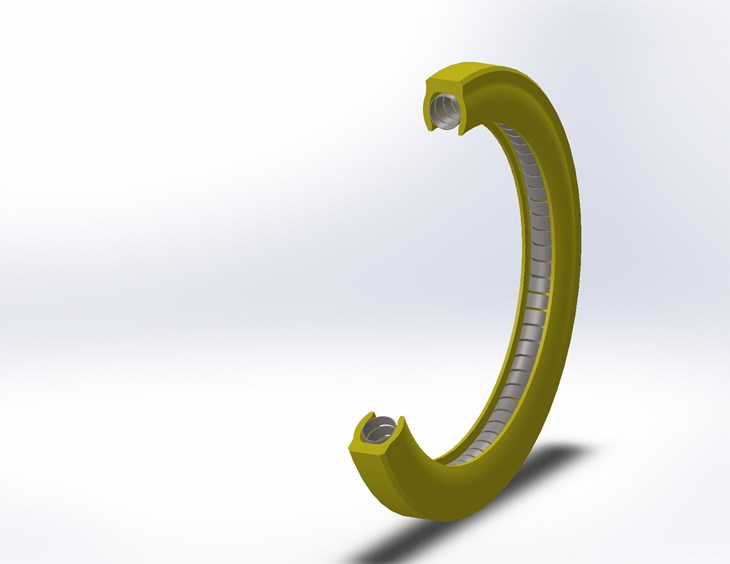 Thousands of Valves
Working in the chemical industry, Martin typically engages with a large quantity of valves at lower pressures for the harsher fluids. “Covestro has thousands of valves installed at its locations; due to the proven quality and efficiency of plug valves, there is a high percentage of them used in the plants,” said Martin. One of his many roles is to look at new products and changing technologies to ensure that the company is keeping up with what is new in the market and the best solution is being used. He is also responsible for certifying that each new unit installed will be safe for people to use, and will not cause any problems.
When Martin gets a question about new valves, he looks into the relevant specs, to make sure that the item being requested will improve functionality and not create a less efficient situation. Martin explained that, “quite recently, there was a problem with solids accumulating in one of the process streams. The original solution that was proposed would have ultimately worsened the situation. So, I offered alternative solutions to address the issue and ensure that our systems run properly and effectively.”
“Chemical valves use a lot more exotic materials, like nickel-based alloys or lined valves, which engineers do not typically use in oil and gas sectors,” Martin explained. Only the most trusted materials are used to ensure safety and efficiency.
Generally, Martin works with smaller, lower pressure valves. He has seen bigger valves for water lines and some processes, but he says “most of them are under eight inches; compared to oil and gas applications, the valves are a lot smaller and a lot lower pressure than what I was used to.” He typically does not get special requests for unique or custom valves, but it does occasionally happen.
Safety First
Since starting at Covestro, Martin has gained experience with the chemical industry’s wide range of processes and unique conditions which make material selection a critical aspect of his work. When asked how many different types of chemicals they use, he explained that there are hundreds of different types of materials and substances under different pressures and temperatures that must be taken into account when specifying valves in chemical applications.
Fugitive emissions are a concern for everyone, including those working in the chemical industry. Leaks can be disastrous in any industry and safety is always the prime concern. Martin takes this seriously and makes sure that only the best components are being used. He refers to his approved manufacturers list for the best products for the application.
Changing Technologies
Over the last fifteen years, Martin has not seen a big change in valves. Manufacturers typically take a material and alter it slightly or tweak a design, and try to market it as something entirely new. Martin acknowledges the incremental tweaks and modifications generally result in improved products.
Obsolescence is not something Martin has to worry about. Valves, to Martin, “are generally small enough that they are not worth repairing. It would often be more cost effective to replace them.” There are repair shops for valves, and certain agreements have been made where broken valves are salvaged and sold again for use, but this is not a very common practice within his industry.
Bringing in Newcomers
“Knowledge transfer in our industry is crucial. As we look to the future, we need to make sure we’re providing the next generation of engineers with the knowledge, skills and resources they need to be successful,” said Martin. Martin believes that the industry is so large that newcomers will not need to remain in the same role for their whole career, unless they want to be. Having relocated internationally, he can attest to the fact there are numerous opportunities in the chemical industry.
Working at a company like Covestro has been quite beneficial for Martin. “It is something you can work at long-term, and you can really make a career out of it,” Martin explains. “It is very different from some of my previous roles, where you make a lot of money for a year, and then the following year you may not have a project to work on.”
Growing Old in the Industry
In an industry where professionals work well into retirement, Martin is considered a young professional. “When I first started, people said I was the first person under the age of 30 that has been in the industry for so long,” Martin admitted. As more people retire out of the industry, there is a sense of job security for people like Martin, whether or not they will want to be, “looking at valves in another 15 years.”
Martin can see a possible problem with the amount of people leaving the industry as they near retirement. As more people leave, more knowledge goes with them. “It is going to be a challenge for our industry,” Martin confessed. Taking the time to network with these more experienced professionals is paramount—the time to learn what they know is now, before they leave the company.