Valves have long had the ability to automatically shut on and off – an invaluable function that vastly improves safety across many industries, from mining and industrial manufacturing to simple building maintenance and home ownership. Now, with the power of the Internet of Things (IoT) technology, valves can essentially become “smart"... Written by Guy Weitzman - Atomation 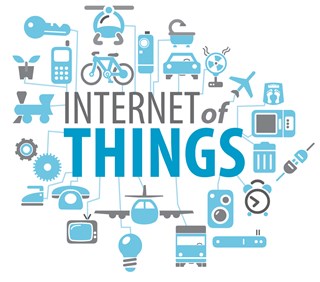 Now, with the power of the Internet of Things (IoT) technology, valves can essentially become “smart,” making them more controllable than ever before and allowing us to gather valuable data, make real-time decisions and improve performance and efficiencies.
IoT is making objects all around us smart and connected, transforming every industry it touches. The valve industry is not immune. Robust, flexible and scalable IoT platforms can allow businesses to connect objects – such as valves – to the cloud seamlessly for monitoring and control where it simply was not possible before.
The application of IoT to a standard valve was demonstrated in recent work with a U.S. producer of actuators and valve automation designs. Specifically, Atomation was recruited to add IoT capabilities to a portfolio of industrial and residential shut-off products that rely on light duty activated ball valves. The system is suitable for up to 1125 psig CWP WOG applications and provides continual indoor flood protection.
The shut-off system is currently installed in thousands of homes. By integrating these systems, the valve company was able to take its shut-off system from awake – the system already utilized a sensor to automatically detect leaks and close off valves – to alive. Whereas the system previously communicated wirelessly through sensors located internally in the building or house, the IoT platform connects it to the internet, allowing for external communication and control and real-time communication between the system and the customer.

The relationship between these systems is in its test and beta stages with mass production likely to occur in 2018. Currently, the company is retrofitting existing models of the shut-off system. Customers were sent a dongle to attach to their current valves. Inside the dongle is a sensor designed to detect pressure, water leaks, temperature and humidity. With this upgrade, the customer can also make rules for valve shut-off. For example, to automatically close the valve if the temperature hits a certain point. 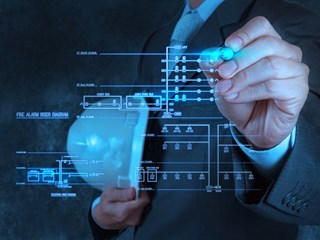 The valve company’s goal in integrating with an IoT platform was threefold:
The end result of each goal is improved leak detection and automatic shut-off function, as well as increased customer satisfaction. With this new system integration, the valve company’s customers have the ability to know – at any time and at any place – that the system is doing its job and their building or home is protected from indoor floods. In addition, by making the shut-off system “smart,” the product’s usage can be extended beyond preventing leaks and indoor floods – if homeowners and building managers can close valves remotely with the push of a button, they can easily save water waste by closing the valve when away. This not only saves water waste but eliminates the possibility of a leak altogether. Previously, the building manager or homeowner would have had to manually close each valve.

Although the work with the valve company is currently limited to upgrading or retrofitting existing valves, the future possibilities include adding sensors to track additional metrics, including, for example, vibrations that could precede failure in the system. In addition, the development of a mobile app will place even more control in the hands of the homeowner or building manager. 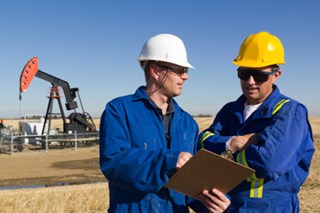 The implications for the larger valve industry are far-reaching. These platforms can allow businesses to easily detect customer usage patterns, which in turn improve procedures and inform future product development. IoT also aids valve companies in offering not just products, but also services. In addition, for the customer, the financial implications of smarter valve control are immense – millions of homeowners suffer from water damage each year. Additional potential applications include measuring the flow in pipes, temperature, humidity and more to aid in predictive maintenance. With the right metrics in place, companies can know ahead of time when a system needs upgrading.
IoT can deliver a host of benefits to valves and the industries that rely on them, but luckily businesses can get the benefits without hiring a team of tech experts and building a system from the ground up. Many IoT platformers operate under a Platform as a Service model, which makes integration cost-effective and puts a lot of power and data into the hands of the company or consumer. Integration can also be quick, getting customers integrated within weeks. Finally, this IoT platform has the capacity to communicate with an endless number of sensors, making it endlessly scalable. What all this means is that the risk to the valve company is minimal, and in return they improve customer service and glean valuable insights into how their products are being used.
About the author
Guy Weitzman is the CEO and co-founder of Atomation,
a U.S. company that connects objects to the cloud with
a complete, flexible, robust and scalable IoT (Internet of Things) platform, allowing organizations to capture previously unavailable data to improve operations and make real-time decisions. Guy learned the skills of an entrepreneur during his 12 years serving as a military intelligence technology officer in the Israeli Army. Prior to founding Atomation, Guy was a director of business development and operations and a director of M&A at an international investment firm. He has more than 10 years of experience in product, operations and business development in the Internet and mobile fields.